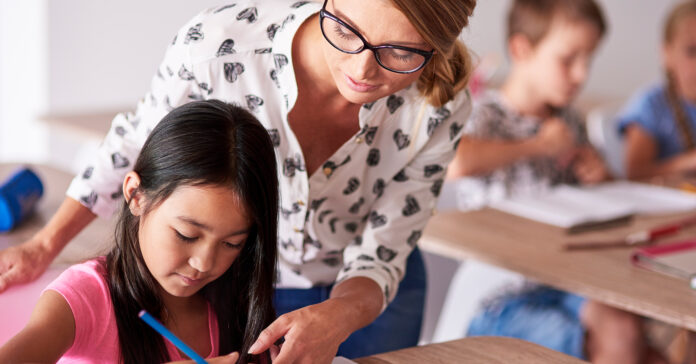 Governor Gregg Abbott announced a new task force to address teacher shortages in the state, but as many of the issues driving the shortage are based in Republican policy there’s little hope it will do much good.

Even understanding how the scope of the problem is an issue. Texas does not have a universal system for tracking vacancies, meaning that the numbers are drawn together from each individual school district’s county mechanism. What is known is that the state’s largest district, Houston ISD, had more than 700 open positions last summer. If even half of that extrapolates to other districts, it means that the entire public education system is in a near-crisis.

Abbott’s task force, which contains only two teachers, shouldn’t have to try very hard to get to the bottom of the problem.

For one, the Texas schools have whiplash from conflicting COVID precautions instituted over the last two years. While some of this is the variable nature of the outbreak, a great deal of it has to do with Texas Republican leadership repeatedly fighting against mask mandates and other initiatives meant to curb the spread of the virus. That’s on top of illness depleting the ranks and other effects from the virus.

“Here is a real worry — and I think there’s good reason to be concerned — that with all these stressors of this COVID year that we could see a bigger wave of teachers leaving the workforce, more so than we’ve typically seen,” Michael Hansen, a labor economist and education policy fellow at the Brookings Institution, told the Houston Chronicle. “We haven’t seen it yet, but that’s not to say it’s not coming.”

Beyond that, Texas has been extremely slow to raise teacher pay, further depressing the market. Texas teachers make $7,000 less than the national average. A 2019 bill did bring salaries up, but recent hikes in inflation have wiped out most of the gain. Instead, Abbott has highlighted various programs to bring in teachers with less certification, a process that is likely to drive wages down further.

Lately, some of the attrition can be directly linked to the Republican war on public education. New laws designed to restrict teaching the role of white supremacy in history, as well as ominous accountings of books used in classrooms that are universally aimed at progressive and diversity topics, have left many teachers afraid of official retaliation. As Republicans turn classrooms into a battlefield in the culture war, some teachers are leaving the state or the industry entirely.

If Abbott’s task force on the foster system is any guide, Texans can expect the report to recommend costly improvements and less draconian interference from conservative ideologues. Considering the Texas legislature and Abbott’s long history of ignoring putting money into public systems and their reliance on culture wars to maintain power, there is little reason to hope the task force’s recommendations will ever be sufficiently inputted.