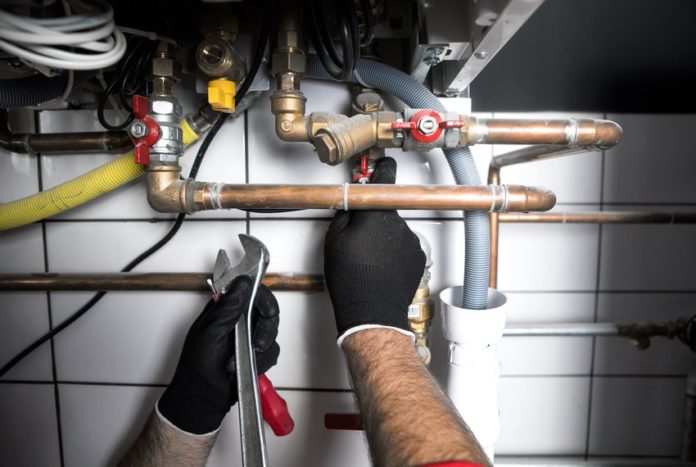 The governor cited Texas’ continued recovery from Hurricane Harvey as a reason why he was issuing an executive order to continue the Texas State Board of Plumbing Examiners, which was on track to shut down.

Heading off the prospect of everyone in Texas being able to call themselves plumbers, Gov. Greg Abbott extended the Texas State Board of Plumbing Examiners and its licensing law until 2021 Thursday via an executive order.

The Texas State Board of Plumbing Examiners was on track to shut down by Sept. 1, 2020, after the Texas Legislature failed to extend its life during the 86th legislative session that ended last month. The board is responsible for licensing plumbers and investigating claims of unlicensed work or violations of the plumbing licensing law. In the weeks since, some had called on Abbott to call a special session to extend the agency. Earlier this month, he tweeted that his office had a way to extend the agency without calling lawmakers back to Austin.

In the order, Abbott stated that it was necessary because plumbers are needed in Texas to address the destruction from Hurricane Harvey.

“A qualified workforce of licensed plumbers throughout the state, including from areas not directly affected by Hurricane Harvey, will be essential as those funds are being invested in crucial infrastructure, medical facilities, living facilities, and other construction projects,” Abbott said in a statement.

“We’re very excited to continue to assist the citizens of the state of Texas and provide good, quality plumbers,” said Lisa Hill, who has served as executive director for the Texas State Board of Plumbing Examiners for more than 25 years.

The plumbing board was among a group of state agencies this year up for sunset review, a process in which lawmakers periodically assess the efficiency of state entities and decide whether they should continue to exist. A bill that would’ve extended the plumbing board unexpectedly died on the House floor near the end of the legislative session.

“This option maintains the plumbing certifications and licenses necessary to preserve the health, safety and well-being of all Texans,” Dover said in a statement.

While plumbing organizations praised Abbott’s move Thursday, some saw it as a power grab by the governor. State Rep. Jonathan Stickland, R-Bedford, tweeted his displeasure Thursday, comparing Abbott to a king and calling the executive order a “massive expansion of executive power.”

A group of plumbers had planned a rally for Friday at the state Capitol to urge Abbott to call a special session to address their regulatory conundrum. That event will now be a “thank you rally,” said Mary Conger, a master plumber and one of the organizers. She said the threat of the shutdown of the state board spurred Texas plumbers to quickly organize and form a “brotherhood.”

“We’ve unified,” Conger said. “It’s really a thank you rally to all the 71,000 plumbers in Texas and to Gov. Abbott for really providing us the state regulation we wanted and to continue that state board.”

This story originally appeared on the Texas Tribune. To read this article in its original format, clickhere.