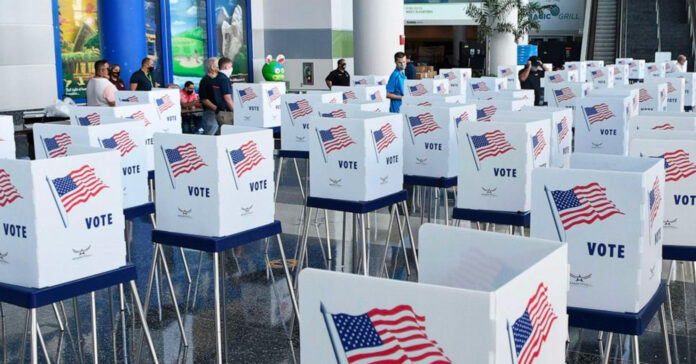 Texas’ draconian new set of voter rights and access restrictions now has a sizable threat in the form of a new lawsuit filed by the Brennan Center that targets prohibitions on mail-in voting.

Among many other things, the new law restricts the ability of election officials to send out applications for mail-in ballots without being directly asked by a voter. Officials aren’t even allowed to publicly encourage voters to apply for a mail-in ballot. Doing so could result in a $10,000 fine and six months in jail.

The lawsuit is being filed by the non-profit law and public policy institute on behalf of two Texans: Isabel Longoria, Harris County Election Administrator, and Cathy Morgan, a Texas election volunteer.

“S.B. 1 makes it a crime for me to do a critical part of my job, and it hurts the most vulnerable voters,” said Longoria in the Brennan Center press release. “As the highest-ranking election official in Harris County, I’m responsible for enabling the county’s millions of voters to exercise their right to cast a lawful ballot, many of whom face obstacles to voting in person due to illness, disability, or age. S.B. 1 subjects me to criminal prosecution for encouraging eligible voters to vote by mail so they may participate in our democracy –an option they have under Texas law.”

Currently, the Brennan Center is seeking an immediate injunction against the prohibition before the primaries for the 2022 midterms start in a couple of months.

Attorney General Ken Paxton is named in the suit. He has been a staunch opponent of expanding mail-in voting in Texas and claims without any proof that the practice leads to mass voter fraud. The reality is that Paxton is clearly worried that more mail-in voters will break the Republican stranglehold on power in the state. He said on former advisor to President Donald Trump Steve Bannon’s podcast that if mail-in voting in Texas had been expanded during the 2020 elections, President Joe Biden would have carried Texas.

Mail-in voting in Texas is already needlessly restrictive. To be eligible, a Texan must either be over the age of 65 or disabled, though there is considerable vagueness about what counts as a disability for the purpose of voting. During the heart of the pandemic in 2020, Paxton said that fear of catching COVID should not qualify as a reason for requesting a mail-in ballot, though a state judge eventually overruled him.

Paxton’s antagonistic stance on mail-in ballots for vulnerable populations led to some Texans being afraid to request a ballot for fear of being prosecuted or being forced to vote in person despite the danger. The general air of menace likely kept some disabled Texans from casting their legal ballots.

It’s abundantly clear that the new restrictions on promoting mail-in voting are designed to limit the practice for Republican gain. Though originally used more by Republicans than Democrats, mail-in voting has switched to be more liberal-leaning in the past five years in Texas. Locking out a large chunk of Democratic votes is one way that conservatives can hold onto power even as the state grows increasingly purple, which is why the Brennan Center is trying to fight the law in court.