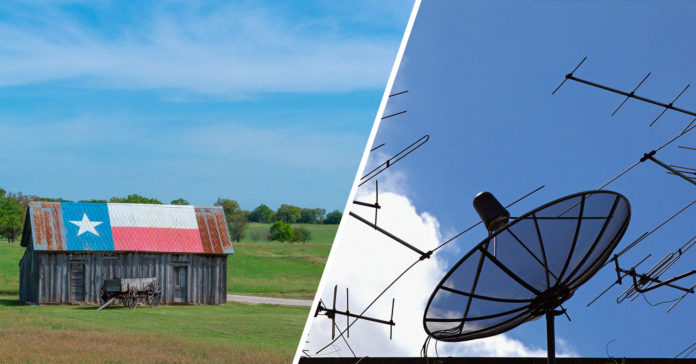 If there’s anything the last year has taught Texans, it’s that our broadband internet infrastructure is woefully inadequate when it comes to connecting everyone. Some bills in the current session of the Texas legislature are looking to address that, but with so many other high-priority items on the agenda it’s possible broadband will get left behind.

Part of the reason is that aid has been coming from the federal government. Last summer, the USDA granted $19 million to Texas specifically to address lack of coverage in the state’s many rural communities. The program is designed to grant access to 7,000 homes, and was supported by Senator John Cornyn.

“Without access to broadband, simple tasks like checking the weather forecast or paying a bill become difficult, and more involved tasks like applying for government benefits or an out-of-town job became near inaccessible,” he said at the time.

The project will focus on areas in Webb, Zapata, Brazos, Grimes, Madison, Walker, Titus, Camp and Wood Counties. While the initiative might do some good, it’s possible that the federal grant might make broadband less of a priority in the state legislature, particularly with a billion dollar budget shortfall.

“I’m not sure how that will affect the Legislature. They may decide that co-ops and other entities can handle it now,” says Dr. Thomas Tunstall, senior research director of the Institute for Economic Development at the University of Texas at San Antonio.

According to Tunstall, what is most needed from the state government and the pubic in general is the realization that internet access is a necessary utility no different from water, sewer, and electricity. Attitudes have changed a great deal from the dot com bust days when he would find audiences he spoke to actively hostile to such an ideal, and the necessities of the long pandemic have only accelerated understanding of the issue.

“You take a place like Terrell County that only has around 800 people, and they don’t really have enough business density to justify a physician,” says Tunstall. “That’s an area where telemedicine is vital, and broadband is a significant issue.”

One bill would start the ball rolling on the state addressing such things. Introduced by Sen. Charles Perry (R-Lubbock), SB 154 would create a specific broadband office at the state level. It would coordinate public agencies on broadband projects, propose development in rural areas, assist in local planning, pursue more federal funding, and build a grant program. Perry has long been an advocate of better oversight in broadband management, particularly when it comes to building a Texas telemedicine infrastructure.

“[W]hen you put government money to a problem and you don’t give some direction to vendors engaged in applying for those dollars, you don’t get the outcome you want,” Perry told Politico in 2019 in a story about how health care providers were sometimes at a loss with how to use money gifted to them for telemedicine expansion.

Two other bills, SB 506 and HB 1446, would also add specific powers and duties to the proposed broadband office including detailed mapping of access in communities.

However, access is just one of the problems facing the deployment of broadband statewide. Internet has to not only be available; it has to be affordable. Remote homes might receive satellite internet, but such setups can run $1,000 a month. That’s far out of range for many rural Texans.

“The pandemic has shown that the divide between the wealthy and non-wealthy, the rural and urban is large,” says Tunstall.

He sees cooperative agreements between community leaders as a possible solution. Large carriers like AT&T and Verizon often won’t build in low population density areas because of the lack of profit, but co-ops can operate in the public interest without worrying about margin. If the proposed public broadband office can partner with Texas co-ops, it could help close the accessibility gap immensely.

I think that co-ops need to be encouraged and supported,” says Tunstall. “Broadband needs to not only be available, but affordable. Competition is not always the best way to get a solution. The cooperative nature of humanity is often underrated.”