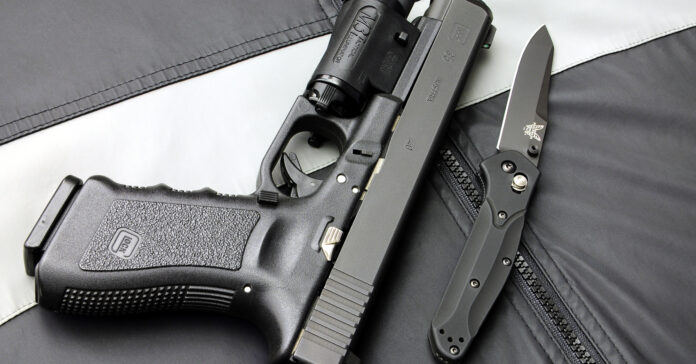 Sometimes our state just lives up to its stereotypes, and one of the ways we do so currently is the disturbingly high number of bills that appear designed to make it easier to kill people in Texas.

One of the more complicated ones involves drones. State Rep. Matt Krause (R-Haslet) introduced House Bill 1758, which just recently passed the House with only a single nay vote. On its surface, it’s a good bill that mandates law enforcement agencies in the state draft and adopt policies when they consider it acceptable to use force from drones. What it doesn’t tackle is the much more pressing question of why police departments would need drones with force capabilities at all.

Rather than limiting the increasing militarization of police forces, it merely places responsibility for how drone technology can be used in the hands of the departments themselves. No criminal penalties are set for misuse of the drones, nor is a governing body or reporting agency created to track their use. At a time when the lethality of the police is a topic of grave debate, the nonchalant blessing of drones using force in policing from the legislature is more than a little disturbing. Though almost all drones in law enforcement are currently used for surveillance, there is a long history of agencies like the Border Patrol attempting to arm them.

Apparently, the invitation to more violence is a bipartisan endeavor to judge by the drone bill’s votes so far. Another example of aisle-reaching comes from Democratic State Rep. Harold Dutton, Jr. (D-Houston). His bill, House Bill 956, has already passed the lower chamber as well with only two nay votes. The bill would lift restrictions on where large knives can be carried, specifically opening up churches and amusement parks to giant blade aficionados.

Dutton’s bill is a little bizarre as he was the one to add location restrictions to a bill four years ago that would have lifted all bans on knives in Texas. His amendment helped the bill to pass. Knives would still be banned in schools, correctional facilities, hospitals, and some sporting events. Though handguns far outpace knives as murder weapons in the U.S., they were still the favorite non-firearm weapon of choice for homicides in 2019.

Of course, guns still reign supreme in Texas, both in the popular mindset and the agenda of the state legislature. After Governor Greg Abbott made creating a “Second Amendment sanctuary” in Texas a priority in his state of the state address, House Bill 1927 has been contentiously making its way through both chambers. The bill would allow permitless carry of firearms and is almost certain to be signed by Abbott if it survives the fight in the Senate.

“We cannot allow another session to come and go where we pay lip service to the Second Amendment while failing to fully restore and protect the God-given rights to our citizens,” said state Sen. Charles Schwertner (R-Georgetown), the bill’s sponsor in the Senate and chair of the special committee created by Lt. Governor Dan Patrick. Patrick is also fully behind the measure, stacking the committee with as many staunch gun supporters as possible.

The bill is not without its detractors, particularly in law enforcement. Amendments are being considered to still make it illegal to carry guns while intoxicated and enhance penalties for felons caught with guns. Another amendment would also make it okay for officers to profile people based on whether they are carrying a gun, though considering what happened to Philando Castile that is something of a mixed bag. The 32-year-old Black man was fatally shot by police after informing them that he had a legally carried gun and was one of the prime events cited for the call for police reform.

Regardless, allowing more unlicensed carriers of guns in Texas is not likely to make shootings go down. It lowers the level of training required to own and operate a firearm, which according to simulation studies results in more innocent people and bystanders being shot in confrontations. Restricting carrying to licensed gun owners is supported by more than 80 percent of Americans, including most Republicans, as well as law enforcement.

The permitless carry bill is the most frightening of the expanded violence initiatives being considered by the legislature in this session. Weirdly, it’s also the one that seems to have the least chance of passing. One way or another, though, Texas is looking to get a lot bloodier.