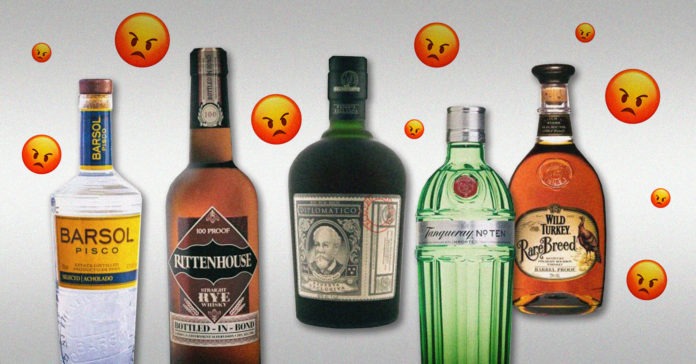 More than 800 bars in Texas were expected to defy Gov. Greg Abbott’s closure order as part of  “Freedom Fest” on Saturday. 18 of them had their licenses suspended.

All bars in Texas were ordered to remain closed several weeks ago in response to increasing numbers of COVID-19 cases.

The Texas Alcoholic Beverage Commission on Wednesday modified its guidance to say that customers couldn’t order drinks on the patio of an establishment but to-go orders were permitted. The guidelines did not affect the governor’s order to stay closed to on-premises drinking.

Chris Polone, co-owner of the Rail Club Live in Fort Worth, organized “Freedom Fest” for bars to reopen, serve alcohol and provide live entertainment in protest.

One video on Twitter shows people complaining about the governor’s order.

One person linked to a bar explained to Fort Worth police officers when they showed up that there were temperature checks being done, sanitizer being given out and social distancing going on. The bar didn’t get shut down.

One tweet voiced opposition to the bars reopening on Saturday and said, “the creatures will go and drink and drunk and spread the virus.”

Another post on Twitter reads, “HOORAY! What a GREAT idea! Let’s all go to INFECTION FEST!  Er, uh, I mean, FREEDOM FEST!”

Some believe a shutdown is needed nationally to stop the virus. One tweet this weekend said “without a national shutdown that’s actually enforced … we’re never getting rid of this virus.”

Another called the fest a “super spreader” and wrote, “I don’t see how hosting a super spreader during a pandemic is supposed to convince Abbott that bars are safe and should remain open.”

Polone said, “I’m responsible for 15 employees’ ability to feed their children and that’s big, that’s a huge burden, and I don’t see any other way to do it than to do this.”

TABC agents visited Polone’s bar Saturday but did not shut it down, CBS Dallas- Fort-Worth reported.

Chris Porter, a spokesman for The Texas Alcoholic Beverage Commission, said the commission was aware of the event and would be conducting inspections.

The Texas Alcoholic Beverage Commission is hosting a virtual commission meeting at 10:30 a.m. Tuesday. There was no word whether the weekend event would be discussed.