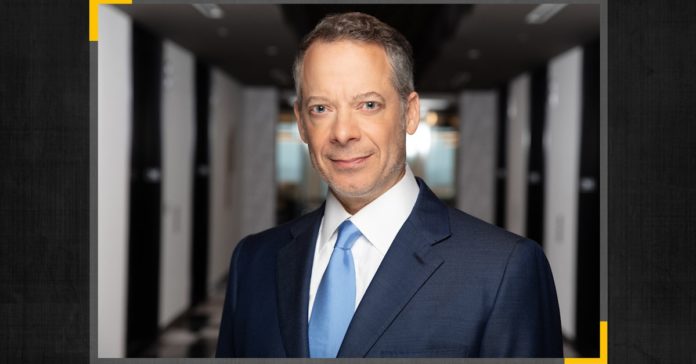 A network of hotels run by prominent Texas Republican donor Monty Bennett used dozens of applications to secure tens of millions of taxpayer dollars in coronavirus disaster funds, drawing ire from other businesses and Democrats who say the entities’ loans go against the spirit of a federal aid package meant to keep small enterprises afloat during the pandemic.

The Dallas-based hotel network applied for $126 million from the government’s Paycheck Protection Program and has received $76 million, according to data compiled by The Washington Post. The network is the largest recipient of program loans by leaps and bounds, and one of the affiliated companies said it did not receive loans at the expense of mom-and-pop businesses. (On Saturday, the hotel group announced it would return the money.)

“Total PPP funding for the hotel industry accounts for less than 3% of the PPP fund’s initial budget of $350B, and roughly 1.5% of the fund’s total budget today,” an Ashford Hospitality Trust company statement said. “Our companies have not crowded out smaller businesses from receiving funds, as some media reports have suggested. The PPP program was specifically intended for companies like ours.”

Given that circumstance, business owners of small companies expressed fury that larger companies were able to wade into the fund that was intended for smaller companies.

The program was part of the multitrillion-dollar Coronavirus Aid, Relief and Economic Security Act that Congress passed to mitigate the economic free fall that resulted from sweeping calls for Americans to withdraw from social interaction and unnecessary travel to prevent the spread of COVID-19, the disease caused by the new coronavirus.

The aim of the PPP fund was to effectively float small businesses for several months and avoid those companies laying off employees or closing up shop altogether. If an employer follows a set of government rules, the loans — which are taxpayer money — will effectively be forgiven.

The three companies within Bennett’s network — Ashford Hospitality Trust Inc., Braemar Hotels & Resorts Inc. and Ashford Inc. — operate hotels that fall under some of the most prominent national hotel brands. While Bennett contributes to mostly Republican campaigns, he on occasion also donates to Democratic officeholders.

Ashford Hospitality responded in a lengthy public statement to criticism that a publicly traded company ought to have other credit options than money intended for small businesses.

“Although our companies are publicly listed, they do not have access to this volume of emergency funding from the capital markets that we believe we need during this crisis due to their relatively small market capitalizations,” wrote company leadership.

The Texas Tribune was unable to reach Ashford for comment.

But in its statement in response to public scrutiny, Ashford Hospitalityindicated that the company did not expect the government to forgive the loans.

“A provision in the PPP allows for part or all of the loan to be forgiven,” the statement said. “As of now, it appears that we will only minimally qualify, and we will have pay the balance back when it is due in 2 years.”

In order to avoid creating a new federal bureaucracy, President Donald Trump’s administration designated banks as the central clearinghouse for the money. The problem for many small-business owners is that not all applicants were equal in the eyes of their banks — if they had a banking relationship at all.

Multiple small-business owners told the Tribune over the last month that banks prioritized submitting loans for prized clients over the smaller players. Many potential applicants were not even able to pull their paperwork together before the money ran out. In response, Congress successfully scrambled to replenish the fund last week, but that money is not expected to last long either. U.S. Rep. Sylvia R. Garcia, a Houston Democrat, predicted in an interview Friday with The Texas Tribune that the new round of money could run out at any point in the near future.

Other Texas companies hauled eight figures’ worth of federal money in order to keep their doors open amid the COVID-19 pandemic: Harte Hanks Inc., Luby’s Inc., Gulf Island Fabrication Inc. and Fiesta Restaurant Group Inc. But the available data only includes publicly traded companies that are required to file disclosures with the Securities and Exchange Commission. It does not include privately held companies, and it is unclear when that information will become available to the public.

Fiesta Restaurant Group, which is the parent company of Taco Cabana and Pollo Tropical, found itself on the receiving end of public criticism in recent weeks, much like the Ashford companies. The company owns each of the restaurants under its umbrella as opposed to the franchising model some chain restaurants use.

In total, Fiesta Restaurant Group received $15 million in government loans. The Tribune could not reach Fiesta for comment.

Other companies, like Shake Shack and Ruth’s Chris Steak House, responded to public criticism by giving their loan money back. AshfordHospitalitypublicly stated it would not follow suit unless the government compelled it to do so.

“We plan to keep all funds received under the PPP, which were provided as a result of the application process and other specific requirements established for our industry by Congress,” the company stated. “Rules established by the Small Business Administration require companies like ours to determine by May 7 whether we still qualify for the PPP funds. Any funds for which we are determined to be not qualified will be returned according to the requirements of the program.”

The company also said that “media concerns” about the loans are misplaced.

“The PPP program was specifically designed to help companies like ours as part of the national objective of shoring up businesses and getting people back to work. We do intend to use the PPP funds to do our part,” the company said.

“While Congress established in the text of the CARES Act a loan limit of $10 million per business that participates in the Program, Ashford and its subsidiaries appear to have exploited a Republican-inserted provision of the bill to get around that cap by treating each of its own properties as a separate legal entity and filing over one hundred separate applications,” U.S. Sen. Charles Schumer, D-N.Y., wrote in a letter to Small Business Administration leadership.

“This runs against the spirit of the law to provide much needed funds to truly small or family-owned business[es] around the country that are in dire need of assistance.”

Both Ashford and Fiesta continued to apply for government loans even after news outlets began reporting on the negative feedback toward large companies venturing into the small-business pot of money.

Public companies in Texas also secured smaller loans. These firms represent an array of industries. Many are directly or indirectly involved in the energy sector. Other companies include a manufacturer of syringes that mitigate risk for contracting HIV, a modeling agency, a waste management company and a biotechnology firm.