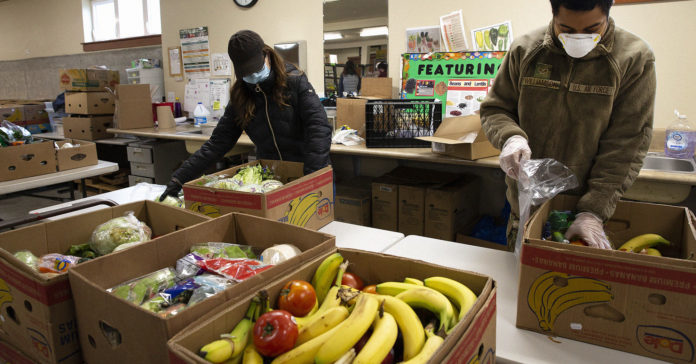 President Joe Biden’s signature legislation, the $1.9 trillion stimulus bill known as the American Rescue Plan, it set to be a big help to the Lone Star State. Benefits include lifting thousands of families out of poverty and access to meals as the economic crisis brought by the COVID pandemic continues.

The most famous aspect of the bill is the $1,400 checks that are going out to 85 percent of Americans, including dependents. However, the direct payments are actually just one part of the remarkably progressive bill. State and local government are getting huge influxes of cash that will help them shore up their budget shortfalls without cutting welfare programs.

The City of Austin will be receiving $195.8 million, with the surrounding counties getting roughly $300 million in aid. Central Texas will be able to use these funds to preserve and expand aid to hurting Texans.

“City staff has been working on spending recommendations over the past several weeks in anticipation of the federal economic stimulus funding bill,” Jeff Patterson, spokesman for the city of Austin, told the Austin American-Statesman. “We anticipate making recommendations to (the City) Council later this month to allocate these resources for programs and services that will ensure our community continues to thrive as we work through this pandemic.”

Another part of the ARP will directly benefit the ailing Austin-Bergstrom International Airport. A plan to double the number of passengers the airport could accommodate has already been delayed by several years because the pandemic has severely reduced all air travel. Passenger numbers dropped by 60 percent last year. Spokespeople for the airport expect to use the upcoming federal money to keep employees on the payroll and the airport functioning while travel remains depressed.

One of the more poorly understood aspects of the ARP is the expansion of the child tax credit. Those currently filing their 2020 taxes have already run into some confusion from tax professionals as to the exact benefit and rollout but starting in July families with children under the age of 17 should start seeing refund checks coming in the mail monthly through the end of the year. These will be available up to $3,600, and unlike previous years will be fully refundable. The ceiling for benefits is $200,000 for single filers and $400,000 for joint filers.

This could potentially be a huge step forward in lowering the amount of child poverty in Texas. One in five children in the state live in poverty, with Black and Latinx being disproportionately affected. Direct additional monthly payments starting this summer will be a big help to struggling families. Particularly for single parents in hard hit industries like hospitality and food service.

Texas’ rural hospitals are particular beneficiaries of the ARP. While additional hospital funding requested by the American Hospital Association did not make it into the final bill, provisions for serving rural communities did. In a look-alike version of the provider relief fund established by the CARES Act, the ARP allocates $8.5 billion to rural providers that see mostly Medicare and Medicaid patients. These hospitals have been dangerously close to closing for more than a decade, and as COVID puts additional strain on them with very few resources it leaves a significant gap in the ability of the state to provide measures to combat the virus outside of the cities.

The ARP also means jobs for government workers. The City of Houston will be getting $615 million from the bill, and City Controller Chris Brown estimates that without the money the city would have had to lay off nearly 2,000 employees. The ARP is far more liberal in how cities and counties can spend their windfall, and Houston will go from having a budget shortfall to a surplus because of it. The additional money is set to be spent on testing, tracing, and vaccination efforts. Biden has requested that all states make vaccines accessible to all populations by May 1.

Any way it’s looked at, the ARP is dumping a huge chunk of money in the pockets of Texans, both in direct aid and in the form of helping local governments. Texas schools could receive over $12 billion, which will hopefully allow them to make the improvements and precautions necessary for students to return to class in person this fall, and $800 million of the funds are earmarked for helping to find and provide for homeless children.

Restoring the ability to have kids in schools would be another huge burden off of parents financially, particularly as jobs could start opening up once vaccination becomes more widespread. It’s likely that the full effect of the ARP will take some months to be felt after the direct aid is processed, but Texas local governments are in far better positions than they were at the start of the year thanks to the bill.