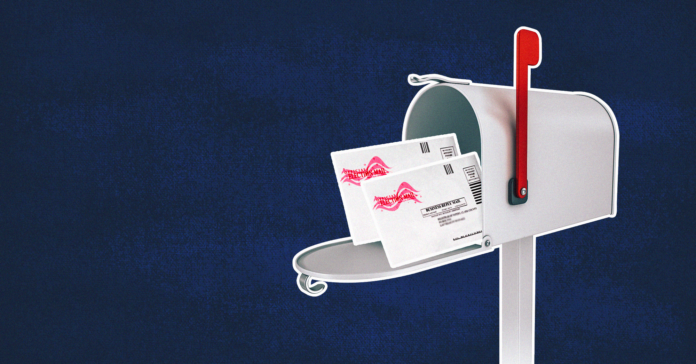 The U.S. Fifth Circuit Court of Appeals today set aside Federal District Judge Fred Biery’s decision to open the door to all Texas voters, regardless of age, being able to request a mail ballot during the pandemic. The appellate court ruling comes less than 24 hours after Biery issued his order.

The decision is what’s called an administrative stay, which prohibits Biery’s ruling from going into effect while the appellate justices consider whether to reverse the lower court altogether. Attorneys for both sides in the case have been given until Thursday afternoon to present their respective supporting arguments both for and against letting Biery’s order stand.

The legal back and forth on this issue has become dizzying. One day there is a ruling allowing expanded vote-by-mail to avoid contracting COVID-19. The next day there’s a new ruling that takes the option away.

The main plaintiffs in the case, the Texas Democratic Party, conceded to Reform Austin following Biery’s order yesterday that the issue was eventually headed to the U.S. Supreme Court to be settled.

Although there is also a fight underway in the state court system, the federal case centers upon whether Texas voters should be allowed to request a mail ballot in order to avoid exposure to possible coronavirus infection from in-person voting.

Gov. Greg Abbott, Texas Attorney General Ken Paxton and their Republican allies have refused to yield on the question, citing existing Texas law, which prohibits anyone under the age of 65 from requesting a mail ballot unless they are disabled or away from their county of residence during early voting or on Election Day.

Biery sided with the plaintiffs, finding that Texas law prohibiting everyone from requesting a mail ballot during the pandemic is a violation of the U.S. Constitution, specifically, the 14th and 26th Amendments.

“Citizens should have the option to choose voting by letter carrier versus voting with disease carriers,” he wrote.

Paxton’s appeal cites voter confusion about the process as a reason the courts should side with him.