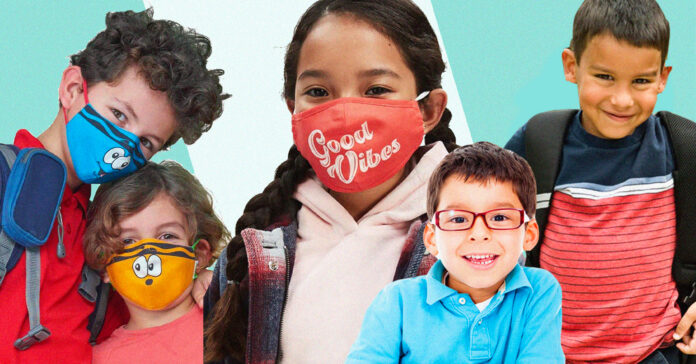 Back to in-person teaching in Texas has also meant an exponential increase of COVID-19 cases, especially amidst the legal fight against health requirements led by Governor Greg Abbott and Attorney General Ken Paxton.

Since schools reopened, the number of infected students and teachers has been surging as Texas undergoes a worrying shortage of both ICU beds and morgue spaces to store dead bodies.

As reported by NPR, in the past month there were more than 73,000 confirmed coronavirus cases among Texas students, causing more than a dozen school districts to temporarily close as a result. Additionally, Texas is leading the country in child deaths from COVID-19.

In a Weekend Edition Sunday podcast, Paul Flahive of Texas Public Radio shared that eight counties across the state are using refrigerated trucks to store the dead.

“As more schools see spikes in COVID transmissions, more teachers and students will become infected, and more will die. Doctors and more local leaders wish the state would do more to prevent that” Flahive said.

Navigating the legal masking battle has been confusing both for parents and schools staff, forcing school districts to risk being sued by Ken Paxton’s Office -as he has threatened in official statements- in an attempt to stop losing more lives.

CNN recently reported that a Texan school district -Connally ISD in McLennan County- had to shut down all of its campuses after two junior high school teachers died from Covid-19 within a few days. Seventh-grade teacher David A. McCormick, 59, died on August 24 and Natalia Chansler, 41, died on August 28, according to the district.

As cases continued to increase, Connally ISD is now requiring masks inside all of its facilities as their last resource to fight the pandemic.

“We are at a critical point for hospital capacity and must take action to curb the spread of this disease. The most effective way for you to have an immediate impact within your schools is to drastically increase the use of facemasks,” read a letter issued by Wesley holt, Connally ISD Superintendent.

The district provided counseling for students to help them cope with their teachers’ passing, as well as testing campaigns for the school’s community, finding an overall positivity rate of 16.3% many of which were asymptomatic.

“Governor Abbott has failed us. A Republican state legislature has failed us. These leaders should be held accountable and be asked to explain how they can justify taking actions that are killing their fellow Texans” said Sugarland cardiologist Dr. David Portugal during an interview with NPR.