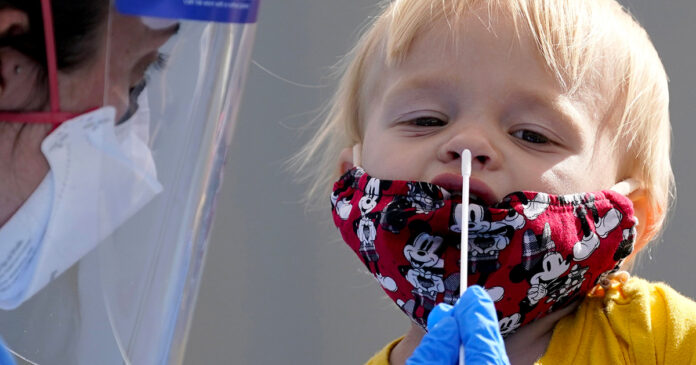 The current surge of COVID-19 cases has been a major national health concern, mainly due to the aggressiveness and rapid transmission of the delta variant; the spike is also causing high transmission rates in children.

In spite of the effectiveness of COVID-19 vaccines, delta has caused the biggest outbreak so far, which includes children under 12 who are still unable to vaccinate, a number that amounts to roughly 50 million children throughout the country.

According to the Atlantic, pediatric cases of COVID-19 are skyrocketing alongside cases among unimmunized adults; child hospitalizations have now reached an all-time pandemic high and in the last week of July, nearly 72,000 new coronavirus cases were reported in kids—almost a fifth of all total known infections in the U.S.

Experts have stated it is the biggest jump in the pandemic among children, even though they are still considered at a much lower risk of getting seriously ill.

The surge of pediatric cases has also been linked to the removal of mask mandates, a surge that is expected to rise exponentially as kids start returning to school, still unvaccinated and without mask requirements.

“This COVID surge, I’ve never seen anything like it,” said respiratory therapist Linda Young, who’s been on the job for 37 years. “It’s the sickest I’ve ever seen children,” said Young, as it becomes common for more than half of the kids in the ICU to be on ventilators, with some of them being in the hospital for more than a month. This Delta effect on children follows an infectious arithmetic; more kids are falling ill because more children are being infected, more children are being infected because this virus has seeped so thoroughly into the communities most vulnerable to it, as people of all ages have been venturing back into social settings, often without masks.