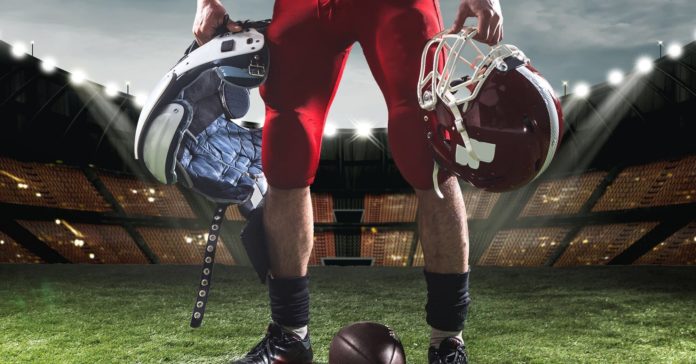 The ravaging of the nation by the COVID-19 pandemic has economically ransacked most industries. Almost every form of business has been impacted. Most visibly, is one that could provide a diversion from the gloom and prohibitions of the virus: the great fall pastime of NFL and college football.

But there is an issue. Economic hardship from the virus on football would be experienced at a local level, its impact clear yet somewhat paradoxical.

The impact an NFL team — in Texas’ case, the Cowboys and the Texans — has on a city is not that significant, said Michael Deeds, a professor and sports economist at Temple University, in an email to Reform Austin.

“Think about it. About 8-10 times per year, about 65,000 people drive into town on the interstate, sit in a facility that is typically on the city’s outskirts, and then drive home again,” he said. “There are few benefits for the city, and they are partly offset by the expenses to the city of providing additional traffic and police services.”

The absence of sports in America because of the COVID-19 pandemic will eliminate around $12 billion in revenue and hundreds of thousands of jobs, reported ESPN.

“If games are played but no fans attend, an average of $250 per person in lost revenue to an NFL team is a ballpark figure,” wrote Brian Goff, a professor of economics at Western Kentucky University, in an email to Reform Austin. “That number would be less for a college program, but given the smaller size of many areas … So for 70,000 fans, that comes to around $17.5 million in lost direct expenditure and income.”

However, studies conclude that the advantages of an NFL franchise are both economically and geographically limiting, Deeds said.

But Goff said the $17.5 million in-loss figure would actually be greater due to a ripple effect of expenditures or approximately 1.7 times that amount, which translates to nearly $30 million.

“For eight lost NFL games or seven lost college home games, that is $200 to $300 million in lost revenue to the area,” he said.

ESPN reported that Patrick Rishe, who directs the sports business program at Washington University in St. Louis, indicated the TV rights to a single, regular-season NFL game is valued at roughly $24 million in revenue, which is larger than some Hollywood film budgets.

The college-game economic scenario differs a bit from the NFL one. Most major schools are located in smaller cities and the impact of a heavy financial blow is harder to absorb.

The yearly autumn college football revenue gains per game are likely to be greater than an NFL contest because more fans travel farther distances to attend and stay overnight making use of hotels and restaurants Deeds said.

“Bear in mind, however, that this occurs even less often than the NFL (5-7 times each fall), so the impact is still not likely to be all that great,” he said. “Moreover, this is a best-case scenario, one that holds for Texas-Austin or Notre Dame. For each one of those, there are 8-10 schools like Temple and Rutgers that play to stadiums that are one-third full.”

Gov. Greg Abbott has said he envisions college football happening in the fall, but he has not offered any specifics of a plan for that. He did this week issue a new order to permit outdoor pro sports to host events up to 25% of their normal capacity, offering a glimmer of optimism for a where he may be headed regarding the 2020 college season ahead.

Yet, Texas A&M athletic department chief financial officer Jeff Toole said there really isn’t a plan to deal with the economic fallout from the coronavirus crisis.

“About 70% of athletic department revenues comes from conducting a football season,” he said. “That’s why I say I don’t know if there is a plan to make it through that. The university is not going to cover that cost … the state’s not going to cover it, so I don’t know that there is a plan. There’s not a school in the country that could tell you we have a plan to deal with that financially.”

In College Station, the economic effects would be felt, Toole said, stating that not having games would adversely impact the school’s transportation services and police department plus city businesses.

“If you start talking around town, the hotels kind of count on those games to help with their annual revenue…It would have an adverse effect on the hotels around town and the restaurants, for sure,” he said.