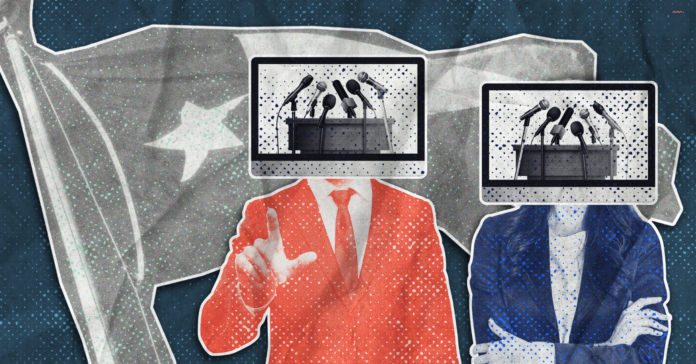 The COVID-19 pandemic has not only stymied marriage plans, canceled Astros and Rangers games and placed the economy on a shelf but it has also detoured many political campaigns onto a different path during this election season.

Now faced with a challenge never experienced before, candidates have picked up the pieces from the COVID-19 fallout and reconfigured their campaign blueprints.

“I’ve been relying heavily on the internet because that’s pretty much all you can do … it’s been a lot of really just social media,” said Ruben Falcon, a Fort Stockton resident and Republican candidate in the Texas House District 74 race.

Falcon’s initial plan was to meet with civic organizations, but when the social restrictions of the pandemic were implemented, he saw opportunities beyond the internet. He spent a significant portion of March facilitating the acquisition of a bleach disinfectant for government agencies within District 74, and in April lobbied for small meat producers to get a fair price for their livestock.

“There’s also an opportunity to show people what you can do when you’re not in office and show them what you might be capable of doing when you are in office,” he said.

The use of technology — texts, videos and tele-town halls — to connect with voters will expand during this election year, according to Governing Magazine.

One candidate’s campaign has maximized the usefulness of social media. Dr. Pritesh Gandhi, a Democratic candidate in the Texas Congressional District 10 race, has centralized his messages on issues highlighted by the crisis.

“Our weekly Facebook Live events and social media videos about what it’s like to treat patients and the challenges we’ve faced trying to obtain personal protective equipment have been some of the most heavily trafficked events & videos of the campaign,” he wrote in an email to Reform Austin.

The pandemic has not adversely affected his campaign but placed the issues of his campaign into focus, he added.

COVID-19 has changed campaigning in three ways according to Stein: The internet has become more central to campaigns; fundraising is based more on large numbers of small donations; and the logistics of when and where citizens vote.

Once these issues are resolved, we’ll see expedited campaigns conducted via the internet, Stein said.

Abilene mayoral candidate Cynthia Alvidrez said it has been difficult to meet with residents in the traditional sense but her campaign’s social media strategies have spurred an uptick in voter engagement.

“As far as regaining traction, we have!” she wrote in an email.

Timing is another factor that could influence the near-political future for both parties. The amount of time it takes to mitigate the pandemic to acceptable levels will impact either Democrats or Republicans, Stein said.

“The quicker this gets resolved the better for the Democrats,” he said. “The longer it takes to resolve, I think it plays to the Republicans’ hands.”

Stein said incumbent Republicans are essentially on the defensive and would prefer not to have as many people voting because structurally they are the minority party with most of the densely populated regions of the state blue.

Confusion induced by the pandemic could also adversely impact the outcomes of 2020 elections, but Alvidrez thinks voter turnout might rise because of it.

“People like what they can’t have,” she said. “If people feel as though their vote is being kept from them, they may actually be more inclined to participate in the 2020 elections.”

Gov. Greg Abbott issued a proclamation that moved elections scheduled for May to the next uniform election date, which is Nov. 3. Also, primary runoff elections slated for May 26, have been changed to July 14.

The election date changes will affect each candidate differently, Alvidrez said, but there isn’t a “cookie-cutter approach” when it comes to executing successful campaign strategies. She said the changes have worked in her favor.

Post-pandemic, 50% of the vote will most likely be cast prior to Election Day, Stein said.“We no longer vote the same way we used to vote, in person on Election Day,” he said. “Most Americans after 2020 will not vote on the same day as each other.”