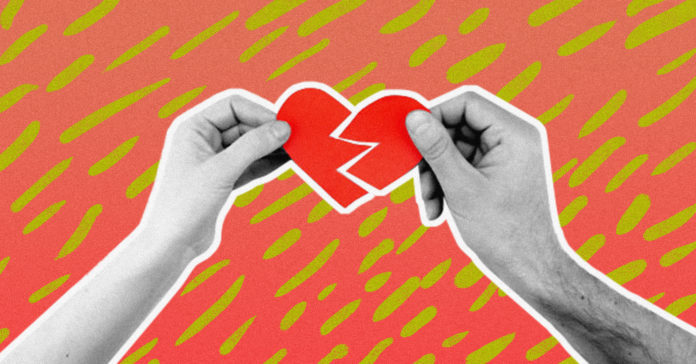 With many families under self-quarantine since March, it’s no wonder that the subject of divorce has come up. However, the numbers are far more interesting than normal or what one might expect during this pandemic.

Popular understanding is that the increased stress of natural disasters leads to more breakups. That’s what Dr. Catherine Cohan of Pennsylvania State University found when she researched rates after Hurricane Hugo hit Virginia in 1989. Because half the counties were declared disaster areas and half were not, it created a natural experiment that she could look at and compare. The numbers were clear: disasters make divorce rates go up.

From her 2002 paper: “During 1990, divorce rates increased by approximately 30 per 100,000 residents before returning to basal levels in 1991. Because the processes that mediate divorce (both personal and legal) evolve over a period of months, it was interesting to find the greatest alteration in divorce rates occurred relatively quickly, the year after the hurricane.”

“Stress research suggests that severe stress is divisive and affects marriage and divorce rates in opposite directions. A stress perspective suggests divorce would increase following a natural disaster. Further, if stress-related intrapersonal and interpersonal problems that affect married couples have a similar effect on dating couples, then dating couples, the source of future marriages, will be more likely to break up. If dating relationships are more likely to break up after a disaster, then marriage rates would decline.”

Holly Davis is a family lawyer in Austin with Kirker Davis who was approached by “Time” to crunch numbers for divorce courts during the pandemic. Her research onto the records of Travis and Williamson Counties showed the opposite of the expected results. Though many people have researched divorce, the numbers are down. And Davis said that summer is when her firm typically sees more divorce clients. In Travis County, specifically, divorce rates are a third lower than they would normally be.

“People are hunkering down right now and looking at their options,” Davis said. “It’s such a crisis time that people are worried about separating households, especially with schooling situations. They’re in a contemplating space. There is a surge of people getting information and thinking about it, but I don’t think we’re going to see a lot of people go through with it when everything is better.

There are a couple of possible factors here. One possibility is that time spent with family may be increasing affection and a desire to work things out despite the stress. This is something Cohan hypothesizes based on her work. Though divorce rates rise after disasters, birth and marriage rates do, too, to a statistically significant amount.

“There may be another group of people for whom disasters help them focus on their priorities in life and may spur them to take action,” Cohan said. “This can lead to divorce, but also marriage and children. They’re in a constellation of stress, but they can also be in a place of personal growth.”

Davis as well takes a rosy view. She’s had clients who were at each other’s throats calm down and seek more peaceful paths as family units.

“I do think this time spent together does cause people to do some deep soul searching,” Davis said. “Do we have the same shared goals, and can we grow together? They are seeing that the pre-COVID world was a distraction. There are a lot of people who realize that the minute differences they were fed up with before are no longer important. I think it’s beautiful the way some people are making this pandemic work for the children. It gives me a lot of faith in humanity.”

Unfortunately, there is a much more sinister possibility. The nature of the coronavirus and its effects on the economy might be making divorce something that can’t be pursued right now, even in highly toxic environments.

“It makes it difficult to discuss problems in a constructive manner,” Cohan said. “It contributes to increased use of drugs and alcohol and domestic violence.”

Davis has witnessed several people using COVID-19 to continue to terrorize and antagonize ex-spouses. One example was using perceived breaking of face mask or quarantine guidelines as excuses to withhold children’s visits or not return them home. Others take advantage of the precarious financial situations the mass unemployment has caused in many households to manipulate partners into staying when they would rather leave.

Nor are increased birth rates a few months from now necessarily cause for celebrating renewed togetherness. Cohan points out that after a major disaster it’s possible that birth rates go up more from lack of access to birth control than increased intimacy. As millions lose their jobs and with them their health insurance, it’s more than possible that unintended pregnancies will go up.

“This pandemic is unending,” said Davis. “There is no consensus on when it will be over. People in dysfunctional relationships are picking their battles. They know making a move that would radically change their environment might be something they just can’t do yet. Even people who could afford to get divorced are strategizing, thinking about how they might be financially in six month’s time since no one knows what’s going to happen.”

The uncertainty and sheer size of the disaster makes a lot of previous studies in the field somewhat less applicable to the current situation. COVID-19 is not over the way something like Hurricane Hugo or the 9/11 attacks are. Cohan cautions that it might be years before we have enough data to look back on this moment in history and see how the coronavirus truly impacted family units. It’s all still happening, and for good reasons and bad, people seem to be in a holding pattern.