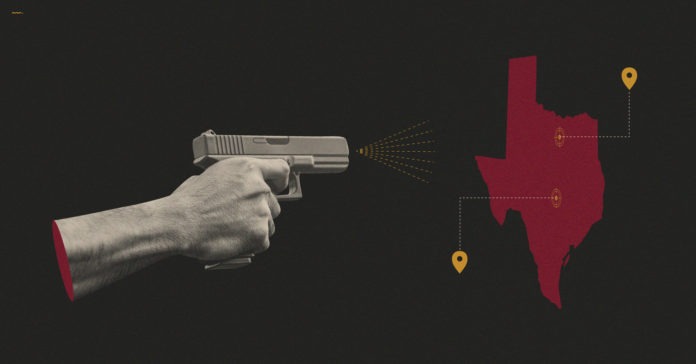 Violence and crime are up during the pandemic, and four big Texas cities have seen homicides go up at least 27 percent so far this year, a new report says.

Austin ranks No. 1 on the Wall Street Journal list of the country’s 15 largest cities and their increases or decreases in homicide rates. Austin had an increase of more than 64%.

Fort Worth ranks No.3, with a homicide rise of more than 42%.

Houston has seen an increase of more than 27%.

An anomaly among Texas’ big cities is Dallas, which has experienced a 2.5% decrease in homicides this year, according to the Wall Street Journal.

In Dallas, the 2020 homicide count stands at 131, which the Dallas Morning News reports, is on trend to match the 2019 numbers. The trend has been characterized as “disturbing,” especially when there is a citywide and department-wide comprehensive strategy meant to reduce violent crime. In 2019, Dallas reported almost a 27% increase, “the most in more than a decade, the newspaper reported.

The WSJ reported that although serious crime has gone down in recent months, there is a public safety concern and researchers, police and residents are fearing this spike could threaten the urban renaissance happening in some cities.

There has been a sharp rise in homicides in many major Texas cities, signaling a new public safety risk during the pandemic.

San Antonio psychiatrist Dr. Harry Croft told KSAT 12 News that the reasons for the heightened violence are “anger, irritability, agitation, domestic violence, which all seem to be increased in many populations.”

“Being stuck together, having the fears not only of the virus, but of money issues, and work issues, and then having the children at home all day, every day. All of those things may increase violence,” he said.

Dallas Police Chief U. Reneé Hall told the Dallas Morning News that the number of homicides and aggravated assaults are “unacceptable,” and that in “no way will I make an excuse for crime.”