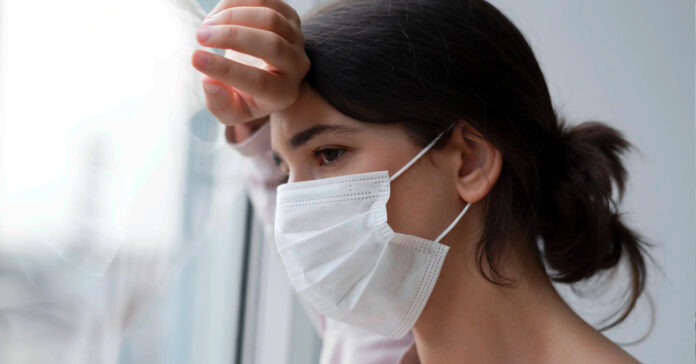 COVID does not care about human political affiliations, but political factors can still affect how damaging a plague can be. It’s clear that conservatism has not protected red states more than blue states over the course of the COVID pandemic.

Since the 1980s, Republican state governments have steadily eroded public services and the ability of officials to respond to crises. Steven H. Woolf, a professor at Virginia Commonwealth University, points out that in many cases, conservatism is actively opposed to the sort of lifesaving medical interventions that could have saved hundreds of thousands of American lives over the past two years.

Under the guise of freedom, red states consistently see poorer outcomes. One driving factor is vaccinations. Despite the fact that vaccine production and approval was fast-tracked by former Republican President Donald Trump, conservative state leaders remain obstinately against officially promoting vaccination. Governor Greg Abbott has consistently fought any attempt to institute vaccine mandates, usually under the guise of personal choice.

Whether someone considers it a matter of freedom or not, the facts are clear that the lower the vaccination rate in a state, the more people die. Since December, more than 100,000 Americans have died, and the clear correlation is vaccination rates. Texas, with its vast medical infrastructure, has fared moderately better than most other red states when it comes to deaths, but the government’s reticence to push vaccination, and sometimes outright interference when more liberal cities do so, has cost more lives than needed during the pandemic.

In Texas especially, the dismal state of rural hospitals has also become a crisis. The state has long let the rural hospital system go underfunded, leading to mass closures over the last decade. With COVID patients taking up beds instead of the more financially lucrative surgeries, the problem has gotten worse. Only influxes of cash from the federal government have kept the Texas rural hospital system from collapsing completely, and that is largely because the state refuses to fund these unprofitable locations.

As a result, rural Texans are twice as likely to die from COVID than urban and suburban ones. Staff shortages, long drives to locations, and a lack of access all contribute to the poor state of health in rural, conservative Texas. These areas most live by the hands-off government approach espoused by Texas Republican leadership, and they are paying that price at a grisly rate.

Republican politics has been dominated for two generations by the idea that government should stay out of public services as much as possible. Even in prosperous states like Texas, that leads to a lack of resources and preparation when something like COVID happens. Either the state must go to the federal government with hypocritical hat-in-hand, or people simply die. Either way, it’s a proven failure when it comes to protecting red state residents.