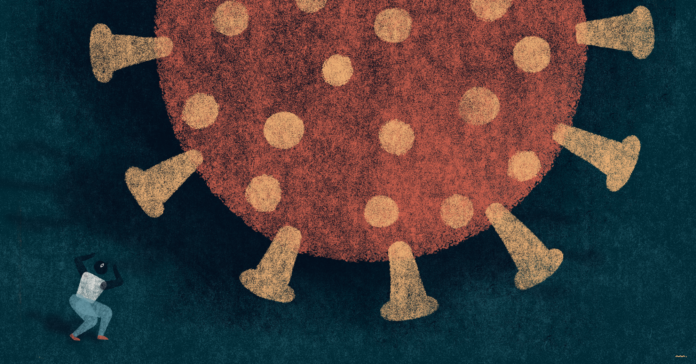 As the country reels and responds to the life-threatening COVID-19, the national emergency has woefully exposed the disparity in America’s market-driven health care system, leaving minority communities throughout the nation in despair.

Across the country, minorities are dying from the disease at an alarming rate.

Texas, in general, has a troubling rate of uninsured. Approximately 5 million Texans under 65 do not have health insurance, according to a 2019 report authored by the Texas Alliance for Health Care. That’s nearly 17 percent of the state’s population.

“Our Hispanic community suffers from a higher rate of chronic illness and has less access to health care in our state,” wrote state Rep. Celia Israel (D-Austin) in an email to Reform Austin. “Since COVID-19 is riskier for individuals with chronic illnesses like heart disease and diabetes, we’re seeing a disproportionate impact on our communities of color during this crisis.”

In the Lone Star State, 29 percent of Hispanics/Latinos do not possess health insurance as opposed to only 12 percent of whites, according to the Texas Medical Association. Noncitizens are three times more likely to not have insurance. Many undocumented workers are employed in workforce sectors that don’t traditionally provide health care benefits.

“Yes, the lack of access to health care in Texas has taken our situation from bad to worse in the wake of COVID-19. To put this into context, nearly one in three Hispanic Texans are uninsured,” Israel said. “When Texans do not receive routine health care and when they do not have an established primary care provider, Texans face a lack of treatment or much slower treatment in response to COVID-19 — which is leaving us with devastating outcomes for too many Texas families.”

Texas has had the highest rate of uninsured people in the nation for years, Bee Moorhead, executive director at the faith-based nonprofit Texas Interfaith Center for Public Policy, told Reform Austin in an interview.

“The virus doesn’t discriminate, and it kind of lays bare the historic discrimination that the state has been able to … sidestep decade after decade,” she said.

Moorhead said cultural stereotyping and historical attitudes play a role in the issue but the pandemic has clearly underscored that one person’s health is connected to both their neighbor and the random stranger regardless of their ethnicity or socioeconomic class.

Sofia Sepulveda, health care organizer at the Texas Organizing Project, a membership-based organization that conducts direct action organizing and undertakes grassroots lobbying efforts, said history is a part of health care disparity and subsequent widespread disease victimization in the Hispanic and African American communities, but politics is also a driving force. She said Gov. Greg Abbott’s intentions aren’t malevolent but political; his policies are set to appease his base of supporters.

“We need to do something on health care, and I don’t think Abbott is willing to expand Medicaid because he wants to cater to his base, and he’d much rather see a high spike on deaths in the Latino and black population than doing the right thing,” she said.

Many of the victims of COVID-19 had underlying health problems such as diabetes, Sepulveda said and indicated the majority of communities afflicted with diabetes in the state are Latino and African American. She further noted the availability of testing favors those who have money and is not readily accessible to those of lower incomes.

“It’s not surprising to see people of color are getting COVID-19 at rates higher than the rest of the population,” Israel wrote. “Latinos and African Americans tend to be younger, and they work in every segment of our economy. We are nurses, we are roofers, we are truckers, and we are grocers. We are essential employees and don’t always have the kind of jobs that allow for telecommuting.”