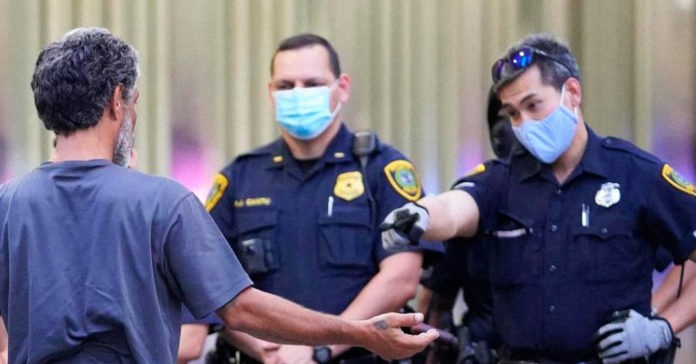 “When we started this process, it was about educating. We have been doing a lot of that,” said Turner. But now, when our police officers, firefighters and others are encountering people who are not wearing their masks, we are going to be issuing the necessary warning, ‘please put on  your mask.’ Failure to do so will cause a citation or ticket to be given.”

Turner cautioned that police will not respond to 911 calls from people complaining about others not wearing masks. The enforcement will occur based on in-person encounters by police.

The tickets will carry fines of $250 each.

Last week, in explaining his reasons for not imposing another shutdown, Gov. Greg Abbott accused local officials of not enforcing the mask order and his restrictions on gatherings of more than 10 people.

Up until Turner’s announcement, Dallas was the only major metropolitan area in the state to have taken any enforcement action. Dallas County Judge Clay Jenkins last week shut down strip clubs and cigar bars in his city that were not adhering to the mask order.

Turner’s goal is to lower Houston’s rate of COVID-19 tests coming back positive to 5%. Right now, it stands at more than 17%.