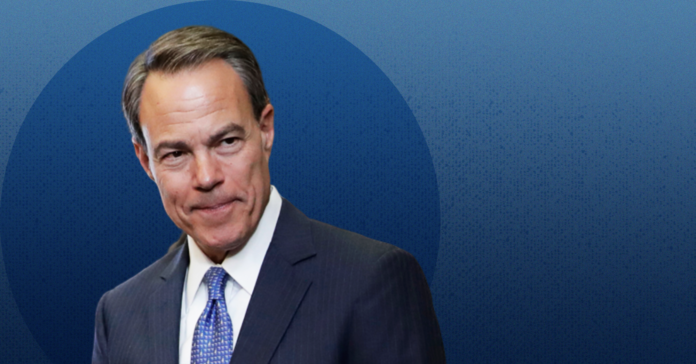 The old Texas way isn’t the path Joe Straus is envisioning as the road to the new world that will follow the coronavirus pandemic. The chairman of the Texas Forever Forward political action committee and former speaker of the Texas House of Representatives says a new approach for Texas will be necessary.

Straus wrote an opinion piece that The Dallas Morning News posted this morning.

“There is a path out of the current COVID-19 crisis for the state of Texas. But it’s not the path our state is used to traveling,” Straus wrote.

Although it is still early, Straus describes his concerns.

“The loss and suffering likely haven’t peaked yet, so preventing and treating the spread of the virus is what’s most important right now and will be for many weeks to come.”

In less than nine months, the Texas Legislature is scheduled to convene, and Straus explains it will be a high-stakes session.

“The decisions state and local leaders make between now and then will carry significant weight as well.”

He reminds Texans that the success of our state’s recovery is banking on the way Texas businesses and government make the most of the relief money from Washington. Texas Comptroller Glenn Hegar has said we are already in a recession.

“With state revenues plummeting and our health and education systems under tremendous strain, the old way of doing things in Texas isn’t going to be sufficient.  We will need new approaches and new thinking as we work to turn the page on this pandemic,” Straus wrote.

Straus shines a light on the three things he believes need to happen.

Policymakers need open minds and open dialogue during this time to turn the page on the pandemic, he wrote.

This is from the piece: First, policymakers need to approach the future with open minds and with an open dialogue. That spirit requires putting a range of ideas on the table, evaluating them fully, and trusting sober and objective forecasts about what’s best for the state. They must not allow politics as usual to set strict boundaries on what can even be debated and considered.

He calls for the spirit required to put a range of ideas on the table, and “to prioritize the good of our state and are willing to make difficult decisions.”

“They must not allow politics as usual to set strict boundaries on what can even be debated and considered,” he explained.

Finding solutions won’t be easy, Straus wrote, but he believes moving past the pandemic starts with a more collaborative and solutions-oriented approach — a new chapter in the way leaders govern.

The second thing Straus suggests is for state officials and local governments to take action and recommit themselves to a productive and positive relationship. He praises the strong, decisive leadership across the Lone Star State during this pandemic but writes about the time being now for togetherness and cooperation.

“It’s time for various forms of government to treat each other as partners and not adversaries — during crises like this, for sure, but also in more normal times.”

“It’s going to be imperative that legislators closely scrutinize and consider the expenditure of every taxpayer dollar. ”

Straus wants lawmakers to reexamine how Texas carries out the functions of government on a daily basis and how services are delivered.

He explains, “where technology is needed and advantageous, we now have roadmaps that we didn’t have before.”

Texas will need a new perspective, and he encourages Texas legislators to understand the mindset needed to curate the effective change, and of the work that is needed to be done, in a new way, to come out of the pandemic with pride as a stronger Texas.

“Given the scope and magnitude of that recovery, our elected leaders owe it to all Texans to leave prior political constraints behind and trust that voters will reward those who think creatively and collaboratively about what’s best for our state’s future.”