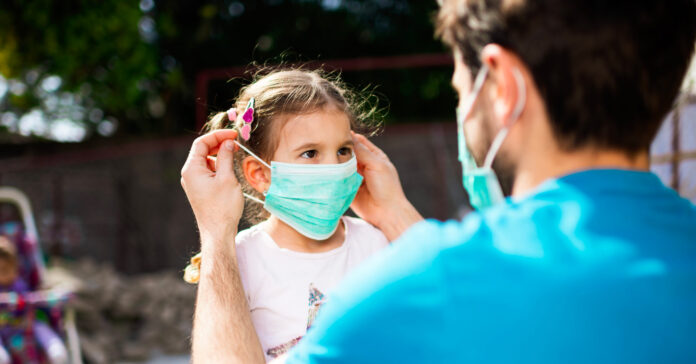 Amidst the legal showdown between Governor Greg Abbott and local authorities to implement mask mandates as COVID-19 worryingly surge, a new poll reveals that the majority of Texans disapprove of Abbott’s prohibition.

The poll, which comprised more than 1,300 people, including more than 400 parents of school-aged children, was carried out by Spectrum News/Ipsos to measure how Texans felt regarding issues such as mask mandates for children who are returning to in-person schools.

According to Spectrum News, the poll showed Texans generally disapprove of Abbott’s handling of COVID-19, and when it comes to certain proposals around COVID-19 and back to school, the public is also misaligned with the governor.

Since the executive order prohibiting the implementation of mask mandates in schools, parents have been expressing concern regarding their children’s health. The results revealed that 72% of the parents support mask requirements in K-12 schools.

“Most parents want to see common-sense policies in place to protect their kids and to keep them safe.  And for those that want them, they feel that virtual options should still be made available.” Said Mallory Newall, vice president of public affairs for Ipsos.

Besides showing that a majority of Texans do not side with Abbott regarding mask mandates, the poll also showed that the majority would approve requiring vaccinations for teachers, students, and staff at schools, whether democrat or republican, and whether they have children or they don’t.

“It’s not necessarily parents driving these policies about the upcoming school year, but all Texans,” she said. Newall added. “I thought that consistency was remarkable because it shows how broad the support is for some of these policies. And it doesn’t really seem to matter if you’re actually personally impacted, meaning if you’ve got a kid in school or not.”