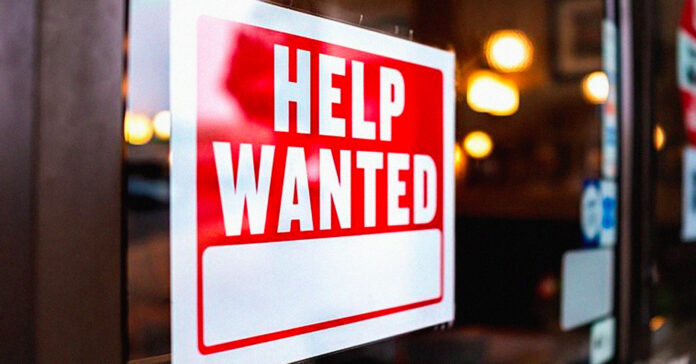 It is a truism for Texas Republicans that unemployment assistance is no longer necessary as the state now has a large number of unfulfilled vacancies. The problem is that those openings are not available everywhere, particularly in sparsely populated rural areas.

Governor Greg Abbott has stated that Texas will opt out of the additional federal benefits for the jobless, up to $300 per week, starting June 26. He is also ending participation in another program that funnels assistance to gig and contract workers who aren’t usually eligible for unemployment.

The number of job openings in Texas is almost identical to the number of Texans who are receiving unemployment benefits,” Abbott said in May. His sentiments echo the current Republican talking point that assistance is making people lazy and unwilling to work, an idea bolstered by viral images of signs outside bars and restaurants claiming no one wants to work.

However, it’s disingenuous for the governor to claim that every job is a one-to-one equivalent. There is quite a bit of difference between some with specialist knowledge being out of work and someone whose best option is applying at the local fast-food restaurant. This is particularly true in rural Texas where skilled labor positions are fewer. If, say, a home healthcare worker in Paducah finds that her town of 1,000 simply doesn’t have any more openings in her field, her options become leave the town, leave the industry, or possibly starve.

This is compounded by the fact that rural workers tend to have far less mobility than urban and suburban ones. According to the Pew Research Center, “rural areas benefit the most from government programs because job growth is slower. Rural residents tend to be poorer, older, and lack transportation, access to the internet, and health care.” This is even more pronounced in minority-majority rural communities.

In short, just because a random bar and grill in Austin says they can’t find enough servers, it doesn’t mean that an unemployed lawyer in Lufkin has their pick of jobs.

By opting out of the additional benefits provided in the CARES Act, unemployed Texans will be out as much as $4,200 each in total. That is a significant chunk of money that could help retrain or relocate a worker from a rural area with no work to a new area. Another way to think about it is that is money that would otherwise stay in rural communities as economic activity. The loss of that activity will make businesses less able to hire or expand, leading to a domino effect that further puts rural areas in danger.

In the end, Abbott’s withdrawal from the federal program seems to do more harm than good. Unemployment in Texas, especially in rural areas, was already falling without any threat of being cut off from aid. The nine-county Workforce Solutions Rural Capital Area of Central Texas says that unemployment has almost reached pre-COVID levels based on the most recent numbers. People are going back to work, but Abbott seems to think denying the remaining unemployed Texans federal aid is still necessary without any significant data to back up his claim.