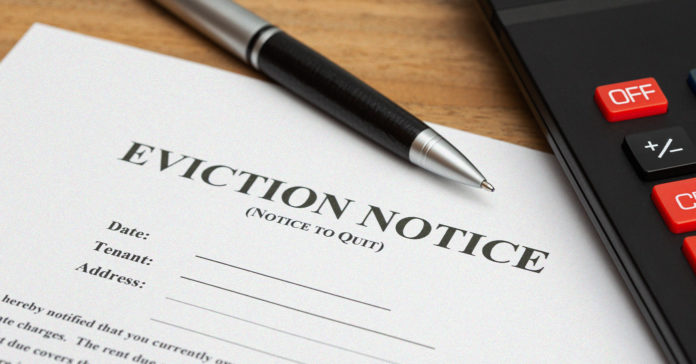 Many Texans have missed their rent payments or have experienced late payments due to job loss or other financial burdens during the pandemic, and now residents are facing worries again about being kicked out of their homes as the nationwide eviction protections moratorium expires on Dec. 31.

The CDC moratorium in September temporarily halted evictions, which meant tenants could be given some relief for not being able to pay rent during the pandemic. The order expiring in less than a month, explains that a landlord or owner of a residential property cannot evict a person for nonpayment of rent for those who earn less than $99,000 in annual income for Calendar Year 2020, or if the renter is making efforts to pay partial timely payments or if the eviction would mean the renter going homeless.

To receive rental relief a tenant must fill out a declaration and give it to their landlord.

Narrowing in on Houston, a metro area that has been in the spotlight for the amount of eviction filings during the pandemic, the question is what is next for Houstonians who are worrying about what life will look like after the New Year?

“Everybody’s situation is different. We’re hoping most residents won’t be as far behind as feared,”  said Andy Teas, vice president of public affairs for the Houston Apartment Association.

A lot of owners have set up payment plans to help residents catch up, and have helped residents apply for rental assistance, he explained.

However, Teas says the help out there for residents hasn’t been sufficient, and that communication about the CDC moratorium has been challenging for owners.

“The CDC moratorium left a lot of unanswered questions about exactly what owners and residents (and the courts) are required to do, although some of that has been clarified by the Texas Supreme Court,” Teas said.

However, for Houstonians a new rental assistance program is launching and rolling out some funds to those who are struggling.

On Wednesday, Houston city council approved $30 million in direct aid to provide assistance to residents that will help pay rent and utility bills, buy groceries and more. The money comes from federal stimulus funds the city received from the CARES Act. Applicants will receive a one-time payment of $1,200.

Ben Melson, chief of staff to Houston Recovery Czar Marvin Odum, said the city of Houston and BakerRipley will be striving “to serve as many Houstonians as possible,” the Houston Chronicle reported.

The Houston Chronicle also reported the county received 76,000 applications for its program, and that since mid-March over 16,000 eviction cases have been filed in Harris County.

“Every dollar going to residents in need is a dollar well spent. We have been really impressed with BakerRipley as administrators of the earlier city and county rental assistance programs, so we’re glad they’re going to be involved,” Teas said.

Teas says Houston and Harris County, along with surrounding communities and nonprofit assistance ministries, have helped a lot of struggling residents.

The association is hopeful there will be a moratorium extension for rental assistance.

“There are so many needs – employment, nutrition assistance, gaps in public education during the pandemic…but housing has to come first. You have to have safe, stable housing for any of the rest of it to work in a meaningful way,” he added.

If you are interested in applying for assistance, here is more information.

Here’s more coverage on evictions in Texas  during the pandemic.

This week, NPR reported on a study based on evictions causing many preventable coronavirus deaths.

NPR also reported there has been a 70% percent jump from last year in people paying rent on a credit card.