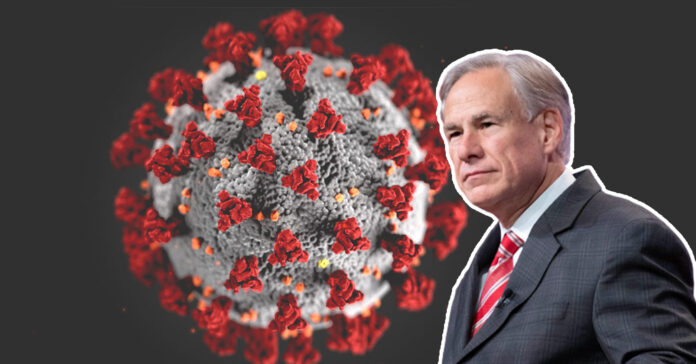 Bartiromo sets the tone for the interview by taking a shot at President Joe Biden and praising red states on their handling of the pandemic.

“President Joe Biden Jokes About Dr. Anthony Fauci, as the commander in chief’s poll numbers plummet again to new lows and red states like Florida and Texas have the lowest number of COVID infections,” Bartiromo said, referring to a video clip where Joe Biden jokes his Chief Medical Advisor is the real President of the United States.

She then proceeds to ask Abbot about the Omicron variant and what it has meant for Texas.

The Governor credits his ‘open’ policy as the reason Texas has one of the lowest infection rates when compared to any other state in the U.S.

“We are open 100%, there are no vaccine mandates or mask mandates. it shows we can remain open and help livelihoods, and also do a good job of protecting lives,” Abbott continued, “As it concerns the new variant, we are being very aggressive and trying to address it.”

The Governor stays firm on his belief that mask and vaccine mandates are futile attempts to address the COVID-19 pandemic, feeding into the story that Texas has one of the lowest infection rates in the United States. Yet the statistics show a different narrative.

Abbott’s ‘aggressive’ plan to combat Omicron hands all responsibility to the people of Texas, making vaccines and tests more available to everyone.

“Texans know what they need to do in order to protect themselves and they don’t need the government telling them what to do,” said Abbott when being asked his thoughts on lockdowns and vaccine mandates.

These past weeks Abbott has had several wins. A federal judge blocked President Joe Biden from enforcing his vaccine mandates, and his executive order prohibiting mask mandates by government entities was temporarily restored.