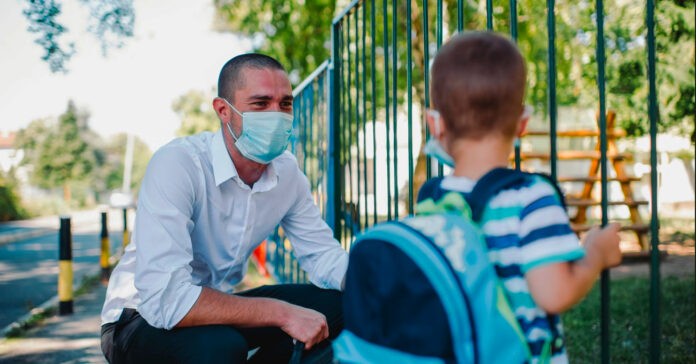 The emergence of COVID-19’s omicron variant has caused many Texans to begin reevaluating Governor Greg  Abbott’s stance on mask mandates. According to the Austin American-Statesman, between May 18 and Aug. 24, over 10,000 Texans have reached out to Abbott regarding his prohibition of school mask mandates. Among the 1,200 letters reviewed by the American-Statesman, most disagree with Abbott’s handling of the pandemic.

56-year-old Sally Benavides experienced the consequences of COVID firsthand. Some of her relatives caught the virus themselves, some acquaintances even passing away. Benavides wrote Abbott, saying she was “concerned with the fact that there were going to be people everywhere without masks … especially in schools.” She has not heard back from Abbott.

A 77-year-old microbiologist from Plano wrote Abbott stating, “I am a long-term Republican who voted for you. … You have completely lost any chance that I will ever vote for you again.”

Stephanie Bradbury, a mother of two from the Woodlands hopes Abbott, like Arkansas Governor Asa Hutchinson, would abandon his current stance against mask mandates. Bradbury’s aunt passed due to covid, before the availability of vaccines for her age group, and is worried her children will contract the virus through school.

Jacquelyn Amador, a parent from Hays County has written to Abbott extensively, stating she would like to see universal mask requirements until everyone has had the opportunity to be vaccinated. Amador typically backs Republicans however, stated she will “be voting against him (Abbott). That’s for sure. One way or another, whether it’s in the primary or whether it’s for a Democrat. I’m going to vote against him.”

The CDC has been very clear regarding the benefits of wearing masks, and most Texans tend to agree. According to a Spectrum News and Ipsos poll released in August, most Texans favored wearing masks in public, and 72% supported mask requirements in K-12 schools. The number of Texans who disapprove of Abbott’s handling of the pandemic has risen from 43% in October 2020, to 53% in August.

A case brought by seven Texas students is expected to reach the Texas Supreme Court after being blocked in a federal appeals court. The students argue that prohibiting mask mandates violates the Americans with Disabilities Act by denying them the opportunity to participate equally in school.

Similarly, an order from a state District Court in Austin which upheld the Austin school district’s mask mandate is expected to reach the Texas Supreme Court.

Dr. Desmar Walkes, Austin’s public health authority, reports there were slightly more than 3,900 cases in local schools during the entire school year. However, since Aug. 9 of this school year, over 5,900 school-related cases have been reported due to the shift away from mask requirements.