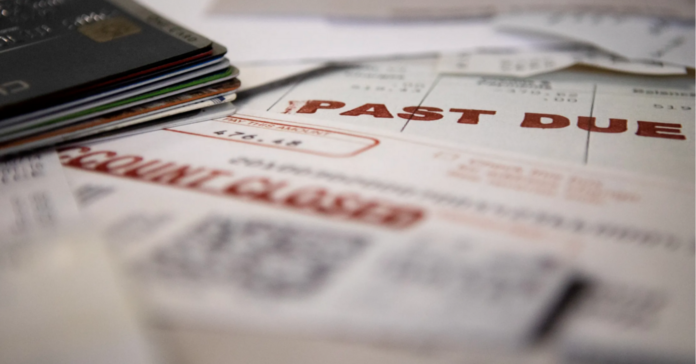 The Texas Public Utility Commission voted Thursday to ban utilities from cutting off power and water services to Texans who have lost jobs and income during the COVID-19 crisis for at least the next six months.

But while it provides immediate relief to Texans worried about keeping their lights on and taps running as they face layoffs and blunted incomes, the order that the three-member commission approved unanimously does not provide direct assistance to utility customers, who will still be on the hook for their bills.

It also does not bar shut-offs on commercial accounts, which industry groups said could be a death sentence for small businesses, including restaurants.

The order does, however, provide electricity providers with millions of dollars in interest-free loans and reimbursements, paid for by ratepayers, which regulators said was necessary to avert a spate of private utility bankruptcies, which could lead to a major collapse of the competitive retail marketplace that spans most of the state.

It will place a moratorium on shut-offs of utilities for nonpayment by the mostly private companies it regulates — a step the commission has enacted only rarely after weather events such as Hurricane Harvey — and also will require utilities to put customers on deferred payment plans upon request. Those utilities serve more than 6 million households in parts of the state with a deregulated electric market, a large area that includes Dallas and Houston.

A key component of the so-called “COVID-19 Electricity Relief Program” is the resurrection of a fee to create a fund that utilities could tap to cover what they expect to be massive revenue losses from unpaid bills.

The tariff, which the commission set at 33 cents per megawatt hour, is reminiscent of one that had been charged to ratepayers to fund a program the Texas Legislature killed off four years ago called Lite Up Texas, which helped some 700,000 low-income residents pay their electricity bills.

This time, though, the fees will go to utilities rather than Texans.

That led one Texas-based advocate to describe the proposed order as an “industry bailout.”

John Howat, senior policy analyst at the Boston-based National Consumer Law Center, said that as written, the order could still leave low-income and jobless Texans facing large accumulated bills once the crisis ends. “There is nothing to ensure affordability of those agreements,” he said.

The Texas proposal comes after 20-plus other states have already adopted moratoriums on utility shut-offs in response to the pandemic.

The order will affect the two-thirds of the state’s population that receives electricity in a competitive marketplace established by the Legislature in 1999. Some metro areas like Austin and San Antonio are served by city-owned electric utilities — many of which have already moved to prohibit disconnections — but large swaths of rural and suburban Texas, as well as Houston and Dallas, get their power from private companies.

About 7,000 entities across the state deliver water to Texas homes and businesses. A majority of them — about 4,650 — are community systems that are mostly operated by cities and serve some 97% of the state, according to the Texas Commission on Environmental Quality.

Karen Miller, executive director of the nonprofit Texas Legal Services Center, which provides pro bono legal services to low-income Texans, praised the proposal for meeting one of the most pressing needs of many residents as they face sudden layoffs and diminished income and said it exceeded her expectations.

Still, she also acknowledged it may fall short in the long run.

“There is still much work to be done to address the fallout of long-term income insecurity, which will only be further compounded by the debt that continues to accrue during this crisis,” Miller said.

The COVID-19 fund will be seeded with a $15 million interest-free loan from the Electric Reliability Council of Texas, the state’s grid operator. The loans would go to electricity providers to cover unpaid bills and be repaid over time through funds collected by the new ratepayer tariff.

But advocates for low-income Texans, as well as the business community, said the plan falls short in several ways. It doesn’t cover restaurants, small businesses and other commercial accounts that are at risk of failing, for example, and it doesn’t require companies to reconnect customers whose service was cut off when the crisis began earlier this month.

It comes with paperwork requirements, too, including proving a job loss. That could be a significant hurdle because the state’s unemployment system has been overwhelmed in recent weeks, and it could close off help for self-employed Texans, day laborers and other nontraditional workers, Miller said.

“Hopefully no one gets left behind,” Miller said.

On Thursday, a coalition of faith-based groups called on the commission to give direct financial assistance to working families, noting that warmer temperatures and more time spent at home due to shelter-in-place orders will lead to higher utility bills.

“We believe people should be our priority over markets, knowing that the two are not entirely disconnected,” the Rev. Miles Brandon, who is based in Round Rock, told the commission during a public comment period.

Walker, the utility commission chair, said the commission is open to modifications if the plan doesn’t work as envisioned. The commission plans to re-evaluate whether the tariff is sufficient every 30 days.

“Let me say that I fully understand that this is an extraordinary order and program that we would be putting in place,” she said. “I just feel like under the current circumstances that we’re in, where so many people are losing their jobs, if we had a moratorium on disconnects for the next three or four months, the market could not withstand that because they wouldn’t be having any money coming in.”

She also stressed that the program will be temporary.

Commissioner Arthur C. D’Andrea added, “I have no doubt there are probably 100 better ways to do this, but this is an emergency and it was done through hard work and collaboration, and I think it’s a great product, so I’m happy to sign off on it.”

But some Texas power providers warned that eliminating shut-offs could have a dire impact on the competitive marketplace, where cutoffs are the primary stick private utilities carry — as opposed to municipal providers in regulated areas that have more leeway to absorb bad debt through rate hikes.

“The threat of losing service is one of the most powerful tools a retailer has to ensure payment,” ATG Clean Energy wrote in a filing to the commission Monday. “The market has not built in safeguards to withstand long periods of moratoriums or non-payment … Covid-19 poses a major risk to the most basic fabric of the market.”

Houston-based Brilliant Energy called the proposed reimbursement rate to electricity providers inadequate and predicted that “the long-term financial jeopardy that results from those shortcomings will be a death sentence for many.”

Some businesses that won’t be helped by the plan are also worried about survival. Emily Williams Knight, the president and CEO of the Texas Restaurant Association, said the plan won’t help her members with utility costs, which represent a significant portion of restaurants’ monthly expenses.

Without state or federal relief, she said, up to 40% of the state’s 50,000 restaurants could shutter. “Many are simply closing because they can’t generate enough revenue to cover utilities or rent,” she said.

The Texas Association of Manufacturers complained that commercial ratepayers, who will not be shielded from disconnections, will nevertheless be forced to pay into the fund, even as they struggle in a tanking economy.

“The implications of this decision could negatively impact already distressed industries, many might be asked to pay millions of dollars while trying to keep their businesses operational, their workforce employed, and the Texas economy moving forward,” the group wrote to the commission this week.

According to the Energy and Policy Institute, several states have adopted more robust protections than what Texas is contemplating.

It’s unclear how many Texans have been disconnected since the COVID-19 crisis began because the state tracks only summer disconnections through industry self-reporting. But utility assistance providers in places like Waco and Dallas said they have not seen large numbers of disconnected residents in recent weeks.

And on Thursday, Dallas-based TXU Energy announced it would commit $450,000 to help Texans pay bills, splitting the money between the United Way of Metropolitan Dallas’ Coronavirus Response and Recovery Fund and a variety of nonprofits, including local food banks in Houston and Dallas.

The proposed moratorium also covers Texans on prepaid plans, in which customers pay in advance for their power but are subject to quick shut-offs — in as little as one day — when their balances dip below a prescribed limit. The utility commission does not track prepaid disconnections, but experts believe they are responsible for a disproportionate number of shut-offs in the state.

The plan should alleviate concerns expressed by dozens of Texans who responded to a Texas Tribune callout asking readers to share their personal situations amid the pandemic and said they were worried about paying utility bills because they had lost their jobs or were expecting to.

Victoria Romero, a middle school teacher in Denton, said that she had already made the “tough choice of buying food and other supplies instead of paying rent and utilities” while awaiting her next paycheck.

“Thank goodness my husband is working, otherwise we would not have had money to buy supplies before the announcement of school closures,” she wrote.