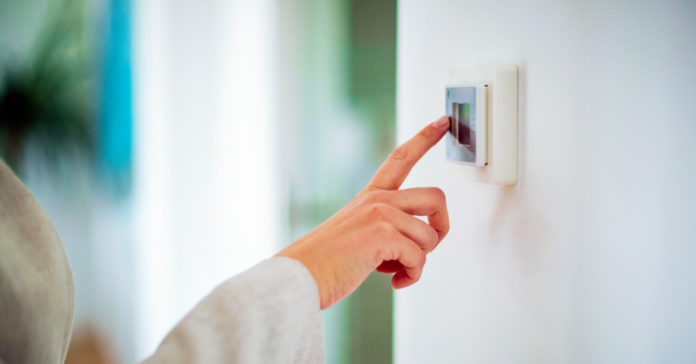 Thanks to record unemployment brought about by the COVID-19 outbreak, thousands of Texans are struggling to pay their bills as they wait for relief efforts to roll in. In the meantime, the state has issued a moratorium on utility shutoffs for at least six months.

The lack of disconnects is a welcome bit of news, but it’s possible to look at this as a huge benefit for the utility companies, rather than the consumers.

Last Thursday, the Texas Public Utility Commission (PUC) voted unanimously to cease all disconnection for water and power due to the outbreak of the coronavirus, which has already infected thousands and killed at least thirty in the state. However, though the prospect of not having to weather the crisis without water and power is certainly welcome, the action does not necessarily get users off the hook.

The order’s monetary compensation is directed purely at the utility companies in the form of low-interest loans and reimbursements, Kiah Collier and Jeremy Schwartz reported for the Texas Tribune. The goal is to help those companies avoid bankruptcy, and it comes at the expense of Texas utility users who have paid into the system. No direct payments for aid will be going to residents. Instead, it will create a fund that utility companies can dip into to shore themselves up.

Retail power providers such as CenterPoint, which serves most of the Houston area, have reason to worry, the Houston Chronicle reported. Many of them have thin profit margins of 2 to 3 percent and little financial cushion, said Ed Hirs, an energy economist with the University of Houston.

That sentiment was echoed by ATG Clean Energy, which said in a filing to the PUC last Monday, “The threat of losing service is one of the most powerful tools a retailer has to ensure payment. The market has not built in safeguards to withstand long periods of moratoriums or nonpayment … COVID-19 poses a major risk to the most basic fabric of the market.”

This focus on the companies rather than the consumers flies in the face of previous efforts by Texas to ensure that in times of economic hardship, people can still have the basic utilities of life. Starting in 1999, there was a program called Lite Up Texas that more directly helped low-income Texans pay for electricity. Residents who qualified for both Medicaid and SNAP were eligible to have their bills cut by up to 31 percent. Before the program ran out of money in late 2016, 700,000 Texas households were enrolled.

With economic hardship likely to affect Texas for some months to come, some wonder why funds available to utility companies can’t instead be paid directly to the hundreds of thousands of Texans now applying for unemployment to assist in paying bills. After all, consumers are likely to be on the hook for ultimate costs, either through taxes or because their bills will need to be paid eventually.

The order, while inarguably a respite, is a business-facing bailout that does not seem to trust Texans to spend the money they pay into the system as wisely as the energy companies will, and leaves them owing for unpaid bills during a time of need.

The recent order does say private companies, such as the ones serving the deregulated markets of Dallas and Houston, must allow users to file for payment deferment plans. That, at least, is some good news as it should prevent jobless Texans from being hit with massive bills all at once when the moratorium ends. It does not, however, require the reconnection of accounts that were shutoff for nonpayment before the order was put in place.

One group that is left out in the cold by the order is small businesses. Commercial accounts are not covered by the moratorium, which puts the many businesses struggling with lost customers in danger.

Restaurants in particular are likely to have a hard time paying their bills despite being one of the few industries still serving customers, albeit only for takeout and delivery. Emily Williams Knight, President and CEO of the Texas Restaurant Association, predicts that 40 percent of Texas restaurants will close because of the virus.

“Many are simply closing because they can’t generate enough revenue to cover utilities or rent,” she told The Texas Tribune.

Also of concern is the fact that utility bills are likely to soon swell as the warm weather rolls into the state. Combined with the fact that people are spending significantly more time at home now, energy use for residential consumers is already going up.

Austin Energy has noted a 12 percent increase in home energy use during the week of March 7 compared with the week before.

This makes the need for more substantial utility relief even more crucial as we head into the sweltering summer months.