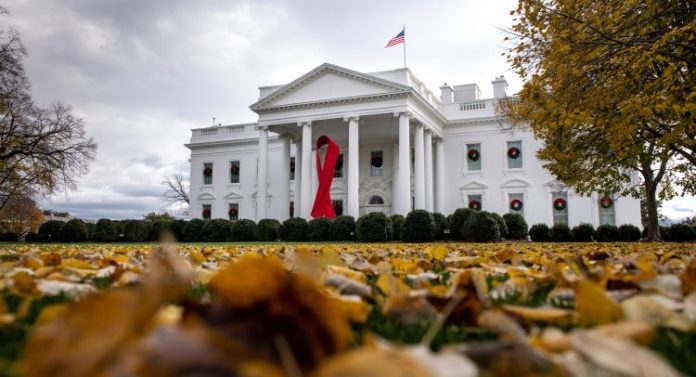 As the COVID-19 pandemic reaches dangerous new levels nationwide, the White House Coronavirus Task Force acknowledged this week that state and local policies in Texas and around the country could be underplaying the severity of the virus and urged public health officials to take their case directly to the public.

“If state and local policies do not reflect the seriousness of the current situation, all public health officials must alert the state population directly,” said Sunday’s task force report, which was sent to all states.

The report also recommended that people over age 65 or those who are at an increased risk of contracting the virus should have groceries and other necessities delivered and avoid any indoor public spaces where people are unmasked.

The report was obtained by CNN and other organizations.

“The COVID risk to all Americans is at a historic high,” the report said. “We are in a very dangerous place due to the current, extremely high COVID baseline and limited hospital capacity.”

In recent weeks, as cases surged in Texas and across the U.S., the task force urged state and local leaders to adopt aggressive mitigation measures, such as limiting capacity in indoor spaces, and to fervently enforce safety guidelines, including social distancing and mask wearing.

The report also recommends that anyone younger than 40 who gathered with people outside their immediate household during Thanksgiving should “assume you became infected.”

“Most likely, you will not have symptoms; however, you are dangerous to others and you must isolate away from anyone at increased risk for severe disease and get tested immediately,” the report added.

Gov. Greg Abbott has bucked calls in recent weeks to impose new restrictions meant to limit the virus’ spread and has granted little latitude for local officials to do so on their own. A statewide mask mandate from July remains in effect, but Abbott has ruled out any further statewide shutdowns. And local officials are barred from enacting measures more restrictive than those set by the state.

Abbott’s order from mid-September requires businesses to scale back capacity in regions where the number of patients hospitalized with COVID-19 exceeds 15% of available hospital capacity for seven days. But even in the six regions that have already crossed that threshold — including Lubbock and Amarillo — the virus has continued to spread at an uncontrollable rate.

In a statement, Renae Eze, a spokesperson for Abbott, said the state is “responding exactly as suggested by the Task Force.” Eze also pointed to El Paso, where 819 people were hospitalized Thursday — down from 1,920 at its peak on Nov. 5 — as evidence that Texas’ shutdown protocol is effective.

“We’ve slowed the spread before, and we will do it again while we await the arrival of vaccines later this month,” Eze said. “In the meantime, the state is swiftly distributing the new anti-body therapeutic medicine to treat Texans who get COVID-19 and aid in reducing hospitalizations.”

The coronavirus has overwhelmed many rural hospitals, particularly those in West and North Texas, and administrators reported difficulty transferring patients to bigger, better-equipped facilities in larger cities.

In El Paso County, where hospitals are stretched to capacity and morgues are overflowing with bodies, Texas Attorney General Ken Paxton went to court last month to stop the county judge’s order that would have shut down all nonessential businesses. An appeals court sided with Paxton and halted the shutdown.