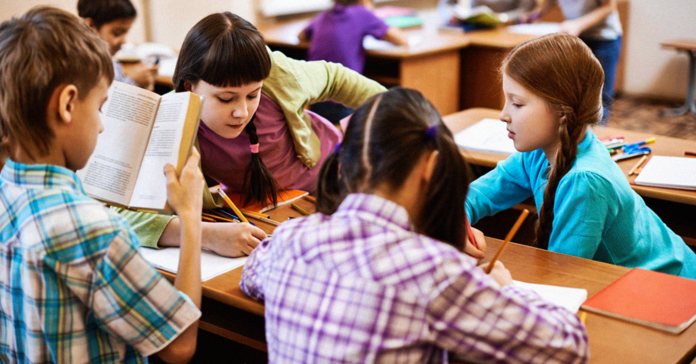 As the Texas Education Agency debates new state rules that could fast-track charter school expansion, the role of charter schools in Texas—and the state’s role in funding them—is back in the spotlight.

With over 700 public charter school campuses, Texas has the second most charter schools in the nation. But the state is poised to see even more charter schools in coming years if proposed rule revisions by the Texas Education Agency are adopted. Officials are currently rewriting the rules to fast-track approval of new charter schools if they meet academic and financial accountability.

Charter schools are open-enrollment, which means anyone can enroll.

Autumn Arnett, the VP of Communications at the Texas Public Charter Schools Association, told Reform Austin, “The main difference between public charter schools and traditional ISDs is that they have the flexibility to innovate and choose the structure that they think will best meet the needs of the families they serve.”

Arnett went on to say that, “Public charters in Texas disproportionately enroll Black and Hispanic students, and low-income students. Because traditional ISDs are funded primarily through local property taxes, students who are from higher income backgrounds are more likely to be more satisfied with the traditional ISD schools in their neighborhood, so there is less impetus to choose another option.”

Dr. Nathan Barrett, Sr. Director of Research and Evaluation at the National Alliance for Public Charter Schools (NAPCS) told Reform Austin, ”Closing schools, while never an easy thing to do, is an essential part of the charter school model. Strong accountability is the way in which we ensure that children are not trapped in failing schools. The key is making sure that we get the mechanisms by which we judge school performance right.”

Todd Ziebarth, Senior Vice President of State Advocacy and Support at NAPCS told Reform Austin in an interview that he believes the proposed new standards and laws make sense for Texas and Texas’ history with charter schools.

Ziebarth is also optimistic about the future of charter schools, and said that one of the reasons charter schools started was to create high performing schools for students who need it most, and to share in accelerated partnerships between public schools and public charter schools.

He believes charter schools keep the door open to new ideas and innovations.

Public school advocates have been outspoken about the unfair advantages they believe charter schools hold over public schools.

Clay Robison, the Texas State Teachers Association (TSTA) spokesperson, told Reform Austin, “Districts have fixed costs, such as bus transportation, building maintenance and bonded debt service, which can’t automatically be reduced when they lose students – and tax dollars – to competing charters. If this keeps up, Texas taxpayers soon will be faced with the prospect of having to pay for two school systems, when the Legislature doesn’t even adequately pay for the large public school system that still educates the vast majority of students.”

Robison went on to say that charters hold unfair advantage over public schools because, “Charters overall don’t perform any better than traditional public schools…some perform more poorly. Charters don’t have to hire certified teachers, and they don’t have to follow the state salary schedule. So some charters pay their teachers less than traditional public schools, and some have high turnover. Charters also aren’t bound by the 22-1 class-size limit for kindergarten through grade four, which is designed to help the teacher give each child as much individual attention as possible.”

In 2019, Rep. Leo Pacheco (D-San Antonio) authored a bill that would have required charter schools to “abide by state laws regarding teacher certification and educator rights.” The bill died in committee. At the time, Rep. Pacheco noted that, “Texas was only one of eight states that allow uncertified teachers in charter schools.”  Rep. Pacheco told Reform Austin in an interview for this story, “I oppose charter schools, because they do not operate on the same playing field. They take away all the talent from the poor school districts and then brag about how good of a job they are doing.”

The Future of Charter Schools in Texas

This month researchers at UT Austin gathered numbers that show charter school enrollment has risen in recent years within the Austin area. Austin is experiencing the most growth across the whole state, despite having the least amount of charter sites of any other major Texas city.

Using data from the National Alliance for Public Charter Schools, over 300,00 students are enrolled in public charter schools in Texas.

For now, the growth of charter schools doesn’t seem to be a question—but in 2021, when the new Legislature convenes, the issue of education funding could be.