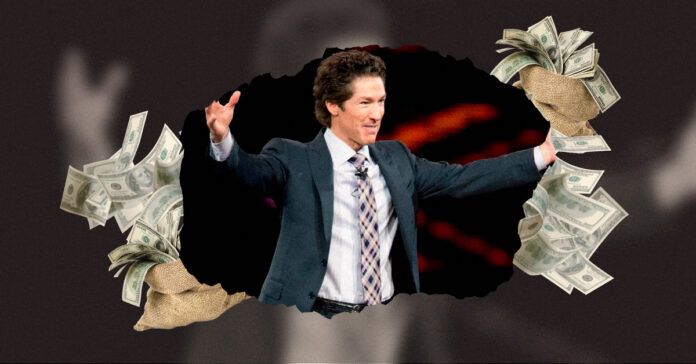 A plumber who was called to fix a leak at Joel Osteen’s Lakewood Church in Houston, Texas, found more than just water coming out of the pipe. The man discovered envelopes with cash and checks hidden in a wall behind a toilet. This is not the first time that someone has attempted to donate money anonymously to Lakewood Church.

According to multiple reports, on Thursday, Justin, the plumber, called into a Houston radio program after the episode encouraged listeners to share stories about finding valuable items.

“There was a loose toilet in the wall, and we took out the tile,” according to Justin, who worked at the Texas church on November 10.”

“We went to remove the toilet, and I moved some insulation away, and around 500 envelopes fell out of the wall,” he said. The gentleman contacted a maintenance supervisor and turned in the cash and cheques.

According to multiple sources, Lakewood Church had lost hundreds of thousands of dollars in cash and checks from its safe in 2014, including $200,000 in cash and $400,000 in checks.

The Houston Police Department confirmed that police were sent to the church last month after “church members reported that while remodeling work was being done, they discovered a large amount of money – including cash, cheques, and money orders – hidden in a wall.”

“Lakewood immediately notified the Houston Police Department and is assisting them with their investigation,” Lakewood Church said in a statement on Friday.