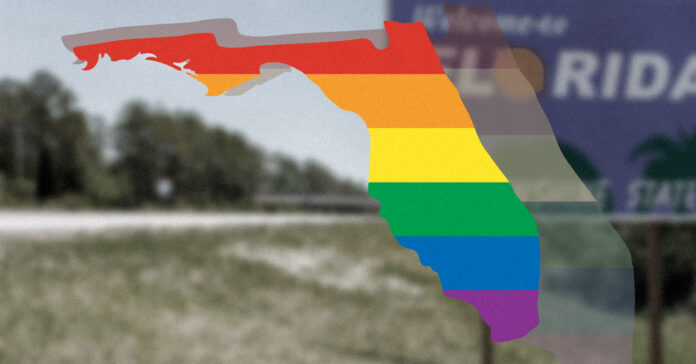 March 8 (Reuters) – Florida’s Senate on Tuesday is expected to pass a Republican-backed bill that would prohibit classroom discussion of sexual orientation and gender identity for many young students, a measure Democrats denounced as being anti-LGBTQ.

The legislation, referred to by its opponents as the “don’t say gay” bill, has stirred national controversy amid an increasingly partisan debate over what schools should teach children about race and gender.

Republican politicians in the United States say they want to prevent schools from promoting ideologies they see as inappropriate to young students. Democrats say policies like the one proposed in Florida are discriminatory and hateful against minority groups, including the lesbian, gay, bisexual, transgender and queer community.

The Florida measure bars classroom instruction in public schools on sexual orientation or gender identity for children in kindergarten through third grade, or from about ages 5-9. It also prohibits such teaching “in a manner that is not age appropriate or developmentally appropriate for students,” which opponents said could be interpreted to extend to all grade levels. Parents can sue school districts in violation.

Already passed by the state House, the bill would next need Governor Ron DeSantis’ signature before it would become law and take effect in July. DeSantis, a Republican, seemed to signal his support for the bill formally titled “Parental Rights in Education” when questioned by a reporter on Monday.

“We’re going to make sure that parents are able to send their kid to kindergarten without having some of this stuff injected into their school curriculum,” he said.

In a tearful address to the Senate on Monday, Democrat Shevrin Jones, the first openly gay Florida state senator, urged his colleagues to narrow the bill’s language to say instruction should not be “intended to change a student’s sexual orientation or gender identity.”

“I ask that you open up your hearts just a tad bit,” Jones said, noting the name-calling and shunning he had faced as a gay man. “Please, do no harm.”

(Reporting by Gabriella BorterEditing by Colleen Jenkins and Karishma Singh)