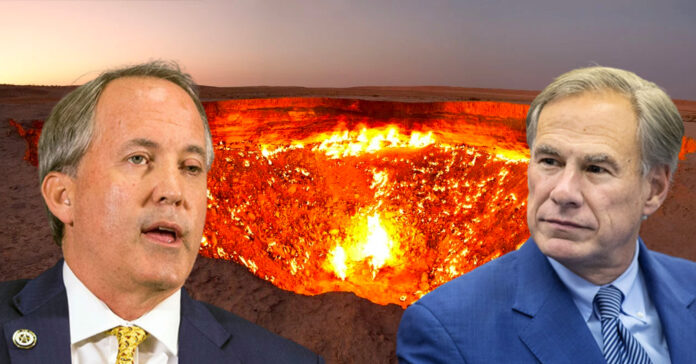 Even as Governor Greg Abbott comes under repeated fire for unsafe working conditions the Texas National Guard is experiencing serving in Operation Lone Star on the southern border, a powerful reservists advocacy group accuses him of further complacency in harming armed forces members.

The Reserve Officers Association (ROA) is a group dedicated to the support of reservists in their role in national defense. In a recent edition of their newsletter, they took Abbott to task for continued tragedies in Lone Star, including the suicide of at least four guards. They pointed out that Abbott was also in charge when the state refused to support the case of Army Reserve Capt. Le Roy Torres.

Torres’s case has become a symbol of Texas’ refusal to care for reservists hurt in the line of duty. He was serving in Iraq when he was exposed to a burn pit. The pits are used in Iraq and Afghanistan to dispose of everything from batteries to human medical waste. Torres was injured from the fumes when he served near the pits, resulting in problems with memory, perception, and emotional management.

When he returned stateside, he went back to work as a Texas State Trooper. However, when he began showing signs of illness from toxic waste exposure, he says he was pressured to resign. Torres sued under the sued the Uniformed Services Employment and Reemployment Rights Act of 1994 (USERRA), which protects those who have been injured in the line of duty from workplace discrimination.

However, Torres was aided in continuing the fight by Rep. Joaquin Castro (D-San Antonio), who lobbied the solicitor general of the United States to investigate the case. Now, it is a candidate to be heard before the Supreme Court, though it is still a long shot. In the meantime, Torres and his wife Rosie have founded Burn Pit 360, a non-profit dedicated to the often-underestimated harmful effects of the burn pits.

In 2020, the ROA tried to gain the support of Abbott by writing a letter on Torres’ behalf. The letter extolled the sacrifice Torres had made for both the country and the state of Texas through his service and castigated the state for ignoring his claim over what they considered a technical matter of law.

“It’s not too late, sir, to be a leader here,” the letter concluded. Two years later, Abbot has still not taken the ROA up on their offer.