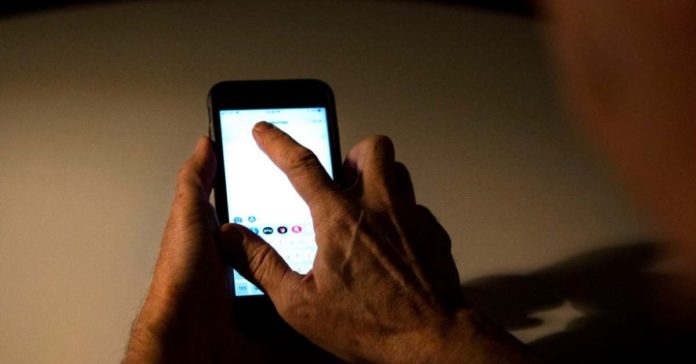 Two years ago, Texas Gov. Greg Abbott signed into law a bill criminalizing cyberbullying, with an increased punishment if there’s proof a bully intended for a victim to harm or kill herself or himself. Widely supported by advocates, David’s Law came to Abbott’s desk after 16-year-old San Antonio high school student David Molak took his own life after being harassed online.

But it didn’t protect children who are indirectly bullied, such as when people post or send hostile messages about them to others. The Texas House and Senate passed a bill that would criminalize such indirect harassment, but Abbott vetoed the measure Saturday.

During the hearings on the bill, a Texas woman testified that her daughter was one of those students left unprotected due to what advocates say is a loophole in current law.

When a Texas middle school student posted video montages online of six female classmates, including her 13-year-old daughter, along with obscene and sexually explicit comments, the woman said, the post wasn’t directly addressed to any of the students. But that didn’t lessen the effects of the bullying, she said. Even after the videos were taken down, she testified, her daughter continued to deal with harassment and social challenges, and another one of the middle schoolers attempted suicide.

“A lot of vile and nasty, vulgar things were said about her to other people,” said the bill’s author, state Rep. Sheryl Cole, D-Austin. “It got way out of hand, but most of it didn’t go directly to her — and that’s not covered under [David’s Law].”

In his veto statement, Abbott said House Bill 3490 was “overbroad” and “would sweep in conduct that legislators did not intend to criminalize,” including repeated criticisms of elected officials online.

Under the bill, for example, some frequent commenters on Abbott’s social media accounts could have been charged for posting multiple messages and tweets likely to annoy or harass.

“It was hard for us to not make it overbroad and still fit in the boundaries of the general statutes — you don’t want two different standards,” Cole said. “More likely than not, given his statement, we’re going to take steps to just rewrite the whole section of the penal code that’s applicable.”

Cole expressed disappointment at the veto, but she said she wasn’t “entirely shocked” because of the potential legal issues surrounding the legislation.

“When there is a gap in the law that doesn’t protect victims that are driven to self-harm or suicide, it is clear that we must take action to fix the law,” Cole said in a Monday afternoon statement posted on Twitter. “Unfortunately, this veto means that it will be another two years before we can try to provide these victims protection and help them seek justice.”

In the past few years, multiple Texas teens — including 18-year-old Brandy Vela, whom an ex-boyfriend allegedly cyberbullied about her weight — have died by suicide after experiencing online harassment.

Piper Nelson, chief marketing and communications officer for human services nonprofit The SAFE Alliance, said the priority ahead of the 2021 session should be bringing prevention efforts to a school level and educating children about healthy relationships.

“This bill might not have been perfect,” Nelson said,”but we look forward to next session making sure that further legislation is passed.”