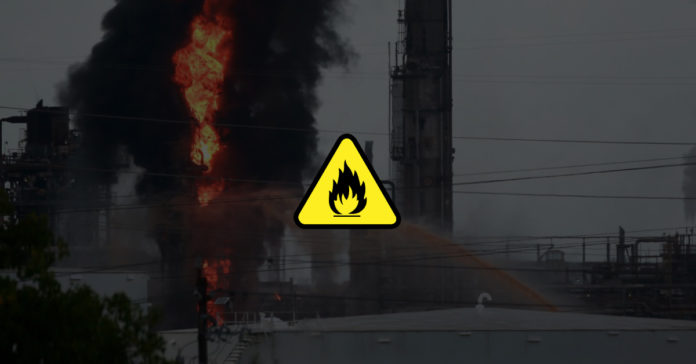 On Wednesday morning, a fire broke out at the ExxonMobil plant in Baytown, Texas. According to reports, 66 people were injured, though, so far, no one has lost their lives. The explosion comes on the heels of several incidents at Houston area chemical plants, including the fire at Intercontinental Terminals Co. in Deer Park on March 17, the explosion at KMCO in Crosby on April 2, and the explosion at the Arkema plant in August 2017 during Hurricane Harvey.

The Tuesday before, the County Commissioner’s Court reviewed a report analyzing the county’s emergency response policies and procedures. The 133-page report describes 49 recommendations to help the county respond to these emergencies, including replacing an 11-year old foam engine and putting more money into haz-mat training courses.

But isn’t it better to plan ahead to minimize the types of incidents that are occurring? Many local residents are reasonably asking what legislators will do to prevent these incidents in the future.

One way is to make sure companies know that it is expensive to be unsafe. While KMCO was fined $80,000 by the Texas Commission on Environmental Quality (TCEQ) after the explosion, that seems very low given that the TCEQ cited a string of violations going back to 2012.

In addition to regulatory fines, the State and local district attorneys can file civil lawsuits. This year AG Ken Paxton began increasing the number of lawsuits filed against polluters in Texas. While it’s certainly welcome, only time will tell whether this is just a phase.

Ultimately, the Texas Legislature, as the representatives of the people, is responsible for enacting laws and providing the Attorney General and TCEQ with authority to protect the public. Unfortunately, the Lege seems to have gone the other way.

In 2015, the Lege passed House Bill 1794, which shortened the statute of limitations for air and water pollution violations to five years and capped damages to $2 million. Previous reporting shows Rep. Charlie Geren (R-Tarrant County) wrote it specifically with Harris County in mind.

And this year, the Lege passed House Bill 2771, giving the TCEQ the authority to approve discharges of wastewater from plants into state waters over the objections of the Texas Sierra Club.

It’s clear that chemical companies know Texas lawmakers have their back.

Companies exist to sell their products and services, at the lowest cost, and make a profit. While making money, they can provide incredible benefits to communities across Texas and in Harris County. But they can’t ignore the public interest, and the best way to hold them to it is by setting the rules of the road and holding them accountable when the rules are broken.

It’s time for Texans to vote for representatives that put our environmental safety first.