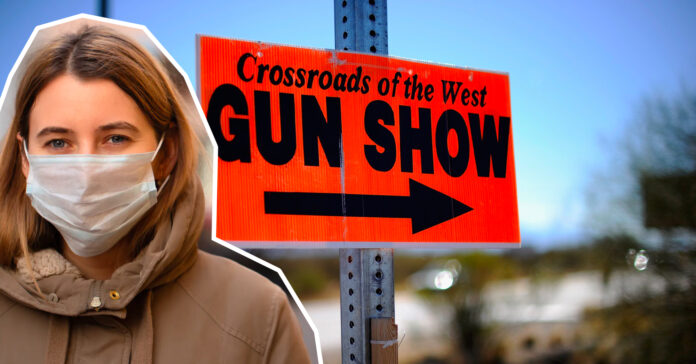 When Governor Greg Abbott signed a new bail reform bill this year, Republicans alleged that no-cash bail was behind a recent wave of homicides. New data has come out showing that the problem might be an explosion in legal gun purchases during the pandemic.

“The Damon Allen Act makes it harder for dangerous criminals to be released from jail on bail,” said Abbot in Houston when he signed the bill, which went into effect on December 2 and requires people accused of violent crimes to out up cash bail. Advocates have long said that demanding cash essentially means only the poor get held in jail for their crimes. Harris County had shifted to releasing more low-level criminals without bonds, a move that conservatives howled would fill the streets with criminals.

A more compelling link between the increase in gun sales and the rise in violence. Champe Barton at The Trace in collaboration with FiveThirtyEight shows that the guns purchased during the pandemic had an alarmingly high likelihood of winding up in crime scenes very quickly.

The number of guns bought in the early days of the pandemic is astounding, even for America. In March of 2020, roughly 19 million firearms were purchased among fears of supply shortages and martial law during lockdowns. The Bureau of Alcohol, Tobacco, Firearms, and Explosives has been tracking how often these guns were used in crimes.

In general, if a gun is used in a crime within a few months of being purchased and hasn’t changed hands, the ATF assumes that the purpose of the purchase was intended for violence. ATF found that 87,000 guns recovered from crime scenes in 2020 had been recently purchased, almost double the amount recovered in 2019.

In some cases, the guns were used in a crime the same day they were bought. Texas highlights include an Arlington man who purchased a 9mm Beretta from a pawn shop who was arrested on drug charges within 24 hours, and a man in Laredo who opened fire on police officers responding to his assault on his mother with a Smith & Wesson M&P 15-22 rifle bought in Idaho three months prior.

Despite years of assertion from Republicans and Second Amendment absolutists, the scholarly consensus is that more guns equals more crime, not less. For instance, right to carry laws tend to cause as much as a 15 percent increase in violent crime, contrary to the assertion that an armed society is a polite society. As panic buying during the pandemic hit a peak, the guns get used in altercations. While 87,000 is a statistically tiny fraction of the 19 million guns sold, it still indicates a massive explosion in violent gun crimes previously blamed on bail reform.