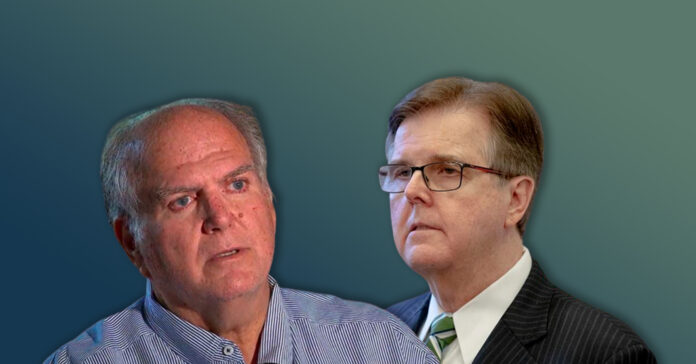 At first instance, Texas Lt. Gov. Dan Patrick had praised Uvalde police for their response to the deadly mass shooting at Robb Elementary School. But as days passed, and details about the timeline were exposed, the Lieutenant Governor accused officials of not telling the truth.

On Saturday, Patrick told “Fox & Friends Weekend,” that they “were not told the truth,” stating that police made a poor decision to wait to engage the gunman, which cost lives.

“No one mentioned the fact that there was this 45-minute-to-an-hour hold by the chief of the police of the school district while there were still shots being fired,” said Patrick.

“I take this personally, and I know the governor takes it personally. And for me, it’s 140 or 150 people killed in Texas in the last six or seven years of collective anger when we’re not told the truth.”

Police have come under increasing scrutiny in the past few days over the amount of time they took to engage the shooter, who killed 19 students and two teachers. The timeline of the shooting is full of murky details, but in the end, one thing is certain: local police were wrong to have waited to engage the gunman.

“From the benefit of hindsight, where I’m sitting now, of course, it was not the right decision. It was the wrong decision. Period. There was no excuse for that,” said Texas Department of Public Safety Director Steven McCraw.

During this time, teachers and kids called 911 several times. One of these phone calls was recorded. It came from a child who was in one of the locked classrooms and said there were still almost 8 or 9 kids alive.

“Imagine the parent who has to go through this for the rest of their life, and they will be thinking ‘Was my child still alive and could have been saved?’ ” Patrick said.

Coming out to defend local law enforcement, Uvalde Mayor Dan McLaughlin said that Patrick was mistaken and nobody was being misled.

“Statements by Lt. Governor Dan Patrick that he was ‘not told the truth’ are not true,”
McLaughlin said on Monday. “All statements and comments made to date about the ongoing investigation are being handled by DPS/Texas Rangers.”

In the end, both parties eventually apologized to each other for their remarks and agreed their collective focus must continue to be on the families of the victims.

“I ask everyone to pray for us, the citizens of Uvalde as we grieve, and live through the pain, and the healing process.”