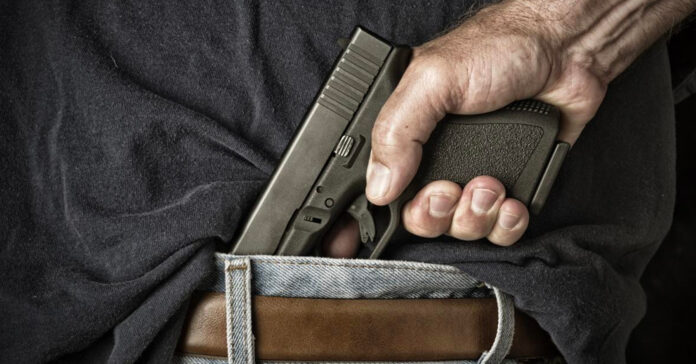 Just over a year ago, Governor Greg Abbott signed a law making it legal for anyone in Texas over the age of 21 to openly carry a gun in public without a permit or license. Since then, the number of mass shootings has risen 62.5 percent.

From June 13, 2020, to June 13, 2021, when Abbott signed the permitless carry law, Texas had 40 mass shootings. In that same time period from 2021 to 2022, the number of mass shootings rose to 65. The numbers were compiled using the databases from the Stanford University MSA Data Project, the Mass Shooting Tracker, Vox’s Gun Violence Archives, Mother Jones, The Washington Post, the FBI, and the Congressional Research Service. All incidences met at least two definitions of a mass shooting.

When the bill was signed, Texas Democrats predicted that the law would likely increase gun violence.

“The permitless carry bill will cause more violence and loss,” U.S. Rep. Veronica Escobar (D-El Paso) said in a statement at the time. “Despite overwhelming support for common-sense gun violence prevention legislation like universal background checks, Texas Republicans, led by a cowardly governor, are more interested in groveling for the gun lobby’s attention than they are in preventing gun violence and honoring victims and survivors in El Paso and across Texas.”

That grim prediction has come true.

These numbers do not even take into account shootings of less than four people. Totals for all gun violence tend to lag behind mass shootings as they get less press coverage, and the numbers from last year are still not widely available from sources yet, let alone for 2022 so far.  ABC 13 recently stated that since the bill had been passed, shooting deaths in the state were up 5 percent, with injuries being up 3 percent.

Permitless carry isn’t without some restrictions. It only applies to handguns, which must be holstered. Those who are prohibited by state and federal law are still banned, and private businesses can still bar guns from their property.

Despite those restrictions, permitless carry has been consistently linked to worse outcomes as the number of untrained armed residents increases.

“States that have weakened or eliminated law enforcement authority to deny permits to people who pose a danger have experienced an 11 percent increase in handgun homicide rates and a 13-15 percent increase in violent crime rates,” says Everytown Research and Policy.

Nevertheless, states have been steadily loosening their gun control laws under pressure from conservatives, who feel that a Democratic president is more likely to start confiscating weapons despite no evidence to support the assertion. Across the board, those states experience more violence than those who do not, with Texas being among the deadliest.