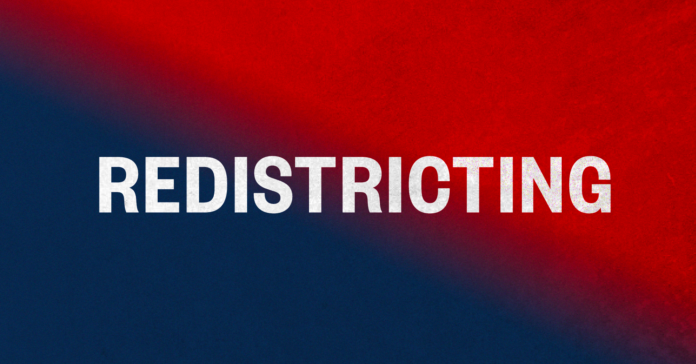 Texas is due to redraw congressional districts this year once the census report is finished being processed, though it’s likely that won’t happen until after the regular session ends in May. A big question is whether the Texas legislature should be entirely trusted with the task or whether an independent redistricting commission should be formed to fairly guide the process.

The chair of the redistricting committee, Sen. Joan Huffman (R-Houston), did not respond to our request for comment, but at least one Texas lawmaker is fervently in favor of a commission. Rep. Donna Howard (D-Austin) has been vocal about how gerrymandered Texas districts are and has filed a bill that would appoint a commission. House Joint Resolution 25 would create a constitutional amendment that would create a commission with members split between parties (including possibly third parties), as well retired judges appointed by Republican and Democratic presidents. A tie-breaker member would have to be confirmed by majority vote of the rest of the commission. This would hopefully undo some of what Howard feels is unfair representation.

“Six congressional districts represent Austin–5 in Travis Co and 1 in Austin’s portion of Williamson County,” she tweeted in 2019. “Five of the six are Republican in this blueberry of Texas. Clear gerrymandering.”

There is certainly reason for Howard to be concerned about gerrymandering. Like many of the states in the Old South, Texas has a poor history when it comes to drawing districts that accurately represent the people who live there. Some, such as the second district in Houston represented by Republican Dan Crenshaw, are famous for their convoluted lines. After the last census in 2010, the state was immediately embroiled in legal challenges to its bizarre districts that were the work of the Republican controlled legislature. The courts would eventually void three of the districts, saying that disenfranchising minorities was clearly the motive for the shapes chosen.

“The political motive does not excuse or negate that use of race; rather, the use of race is ultimately problematic for precisely that reason—because of their political motive, they intentionally drew a district based on race in a location where such use of race was not justified by a compelling state interest,” the ruling said.

If an independent redistricting commission is not adopted, then Texas is almost certainly going to end up in another protracted legal battle over the subject. The Mexican American Legal and Educational Defense Fund is already working hard to try and persuade the legislature to fairly draw districts to fairly account for the fact that Latinos make up the majority of the population growth that will likely gain Texas seats in the House of Representatives, but they are also prepared for the inevitable fight in court.

“There will be litigation,” says Thomas Saenz, president and general counsel of MALDEF. “The Texas Legislature does this every decade, and every decade we’ve had to go to the courts. Luckily, it has made a difference in changing the outcomes.”

Perhaps Texas Republicans believe that with three Trump appointees on the Supreme Court and a solid conservative majority, gerrymandered districts will stand a legal challenge this time around. Despite the conservative bias of the Roberts court, Saenz believes that hope is a fool’s dream, and points out that the previous legal failures of the state also came at the hands of conservative courts.

As the redistricting process is almost certainly going to bleed into the fall because of the slow census processing due to COVID-19, there is more than enough time for Howard’s proposed amendment to make it onto a special ballot for Texas voters in November. It would certainly cut the redistricting very close, though, as the people who wish to run for the expected new seats would have only a few months to register. However, if the Republican Legislature tries to unfairly wing the process again, they might be looking at their work being dissolved later by the Supreme Court. We’ll see if the fair and sensible path of an independent redistricting commission is taken.