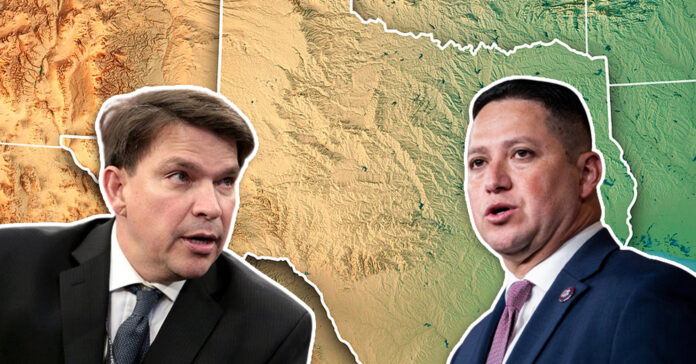 Under the new district lines drawn by the Texas Legislature there is even less competition, making the already heavily gerrymandered state even more polarized.

Governor Greg Abbott signed the law drawing new district lines based on the results of the 2020 U.S. Census on Monday. As expected by every expert, the new map heavily favors Republicans, underrepresents minorities, and appears to have taken no consideration for the actual reported population growth in the state. It also incentivizes politicians to play to the political extremes to avoid a primary challenge, rather than play to the middle for the general election.

The state is also being bled dry from all competition in general election races. In striving to create as many safe districts for Republicans as possible, the new maps further divide the state into contests which are almost all foregone conclusions.

An analysis by Texas Election Source shows that only 13 contests for both the legislature and the U.S. Congress are now in the competitive category. Of those, five lean Republican, four lean Democrat, and four are rated as toss-ups. This means only six percent of elections are actually in play. This is down significantly even from a year ago, when 38 districts were considered to be actual contests.

When it comes to the U.S. Congress, Texans are going to be especially starved for choice. Cook Political Report estimates that only two districts will actually be in play in the 2022 midterms. The first is TX-15, which will shortly be open thanks to the fact that the new maps have made it far more competitive. Vincente Gonzalez, the conservative Democrat handily won the seat in 2016, but in 2020 only narrowly won re-election by 2.9 points. Instead of risking a loss, he will run in the newly Democrat-friendly district TX-34. As such, TX-15 will be open, and is rated as leans Republican.

The second is TX-23, a contentious district that had to be redrawn by the Supreme Court after a previous round of Republican attempts to cement it. As a result, it’s been one of the wilder contests, but the new maps have tamed it dramatically. It will be going from a 5.1 percentage point Republican lean to 12.8 percent one. This will mean that Republican Tony Gonzalez will likely be able to stop constantly looking over his shoulder for a Democratic challenger.

The calcification of the voting process is not a good thing, no matter how much it might make Republicans feel secure in their seats. Any survey of non-voting Americans will show that a major reason why they chose not to cast ballots is the prevailing belief that their vote will not count. The fewer people voting means that elections become less and less representative of the country as a whole, a phenomenon that can lead to minority rule.

On top of that, it only shifts the competition out of the general election and into the primaries. This leads to increased radicalization, particularly for Republicans who often end up catering exclusively to the most die-hard conservatives to avoid being ousted by a challenger from the right. Though the new maps may insulate Republicans from Democratic challenges, they are also making them vulnerable to increased attack from their own side.