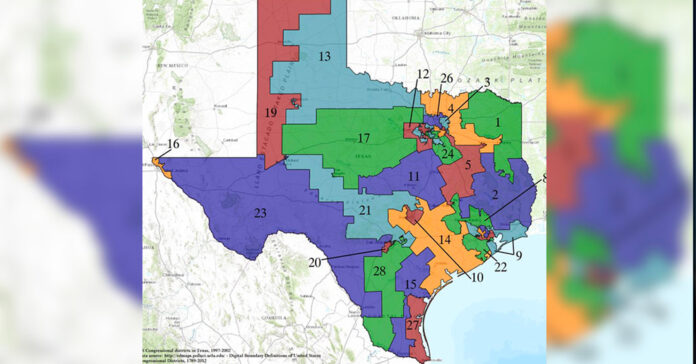 The 2022 midterm elections are likely to be an absolute bloodbath. Not only do Democrats hold very slim majorities in both chambers, but entire new districts are about to be drawn based on the 2020 Census. What can we expect that process to look like in Texas?

The Clock Is Ticking

Due to the outbreak of COVID, the Census has been delayed considerably. The Census Bureau has announced that the final results will be available by August 16.  That is thirty days after the special session that Governor Greg Abbott plans to call to try and pass other Republican priority legislation starting July 8, which means that it’s likely that the Texas legislature will go immediately back into a special session to handle the redistricting. It’s possible that the redistricting could be done by mid-September, though the fight over boundaries is expected to be fierce.

Because Texas is expected to gain a least two seats in congress, this means that prospective candidates wanting to run for the new districts have to get their paperwork filed to run in their party’s primary. The current deadline to file is December 13, leaving candidates with only a few months to decide if they want to try. In addition, the maps may look radically different, in which case sitting representatives may decide that the new ones are unlikely to result in a win. They could retire or seek another office. That is a lot of political movement packed into a very short amount of time.

Hearings have already begun, though obviously at this stage they are just educated guesses. On July 6, the legislature will hold a hearing focused on the important El Paso region, which has become a Democratic stronghold in the last several cycles. Considering that most of the population growth in Texas is expected to be from Latinx people, places with high Latinx population like El Paso and San Antonio (hearing on July 7) will justifiably feel like they should benefit from the increased representation.

Activist groups like the Mexican American Legal Defense and Educational Fund are eagerly standing on the sidelines ready to advise and if necessary, sue for proper representation in the new districts. MALDEF already launched such a legal challenge in Illinois, and if 2011 is any indication then they will have to do the same in Texas. Republicans, conscious of the small time frame, may proceed more carefully with that in mind considering the courts’ history of upholding those challenges.

However, the Texas state constitution does give the majority party most of the cards. If the legislature fails to finish the redistricting process, then a special redistricting board is formed. The board has five members, including the lieutenant governor and the speaker of the house. As both are Republicans, that puts the process still in Republican control.

In 2011, the legislature failed to pass redistricting in the regular session but did so in a special session called by former Governor Rick Perry in May. The process was a straight party-line one, with Democrats opposing the maps specifically because of outsized control given to white Texans. At the time, the maps had to receive pre-clearance because of the Voting Rights Act, a hurdle that has since been struck down in the Supreme Court.

As Texas shifts more and more leftward, it is highly unlikely that Republicans will give up any ground when it comes to gerrymandered districts. The Democrats do not have a lot of options to challenge the maps, and with the conservative majority in the Supreme Court it is unclear whether challenges made to discriminatory maps would still have the same impact. The only thing certain is that the next several months will be extremely politically active and compressed, with many large figures making their decisions about their futures.