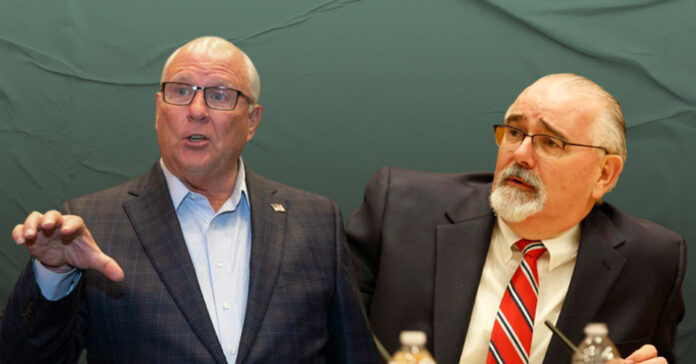 The Chronicle reported last week that Harris County was moving forward to the final stages of passing a fiscal 2023 budget, which includes a 1 percent reduction in the property tax rate for the fiscal year beginning October 1st, despite Ramsey and Cagle voting against the proposal.

On a 3-2 vote last week the court proposed the overall tax rate for the county including the budgets for the Harris Health system, the flood control district and the Port of Houston. The rate proposed was set at 57.5 cents per $100 of assessed property value. This would mean a roughly 1 percent decrease in the current tax rate.

This comes on the heels of efforts by another GOP official, Texas Comptroller Glenn Hegar, who briefly blocked the county from considering the new budget over alleged concerns about funding for law enforcement, a popular Republican talking point. The county was forced to file suit to defeat Hegar’s accusations that the county was proposing to defund law enforcement, according to Yahoo News.

The combined efforts of these three Republican officials jeopardizes passage of the proposed budget, despite the fact that it includes a $100 million infusion slated for the Harris County Sheriff’s Office, county constables, and the district attorney’s office. At a news conference Monday Hidalgo said that the new proposed budget would not only decrease the tax rate, it would also add millions for public safety, and would also include a pay increase for county policing authorities, which would see a 6 percent raise, according to Houston’s NBC Affiliate KPRC.

Hidalgo considers the actions, or rather inaction on the part of Ramsey and Cagle, to be a brazen attempt to grab seemingly favorable headlines for campaign ad purposes as the fall elections loom in November.

And by blocking the adoption of a new budget, the GOP commissioners could negatively affect the number of early voting and Election Day voting locations for the November elections, which could impact the county’s ability to fairly and efficiently conduct election duties.

According to a memo from Precinct 2 Commissioner Adrian Garcia’s office, other potential cuts under the effective, or previous tax rate and budget, could be county health, community services, pollution control, and flood control.

The county would need to reach agreement among the commissioners and then hold a public hearing in order to make the proposed changes official. If Ramsey and Cagle refuse to act and vote on the proposal, the county would essentially have to adopt an effective tax rate, rather than the reduced property tax rate proposed.