Home Taxes Should Texas Taxes From Online Sales Go to Where the Buyer Is...
Facebook
Twitter
Email 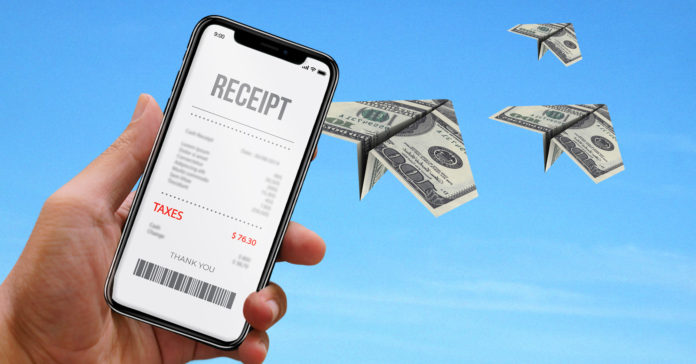 When a Dallas resident purchases a Dell computer online, in addition to the selling price, they pay for the sales tax associated with it. But those tax dollars do not go to their community in Dallas. The money goes to Round Rock, Texas, where Dell is headquartered, and some of those tax dollars are shared with Dell due to an agreement that brought the computer maker’s headquarters to Round Rock in 1993.

In Texas, the state collects 6.25 cents on every taxable dollar for a purchase, while local governments get up to two cents in addition to that. Local governments can enter into Chapter 380 economic development agreements with businesses on their sales, allowing the governments to rebate up to 75 percent of those local sales taxes to those businesses.

This rule change comes in the context of two bills on sales tax passed by the Legislature last session. These bills aligned Texas with the Supreme Court Wayfair decision to require remote sellers to collect sales tax on online orders, which was used in part to fund a new boost to public schools. They also assigned a single tax rate for those remote sellers and required marketplaces like eBay to collect sales tax rather than individual sellers – and for that sale to be completed by the destination.

Per Hegar, 1,600 taxing units in Texas receive local sales tax, and there are at least a dozen or so agreements known to the comptroller’s office allowing businesses to share in those local sales tax from internet orders. The growth of e-commerce was one reason why Hegar considered the rule change. In 2019, 11 percent of all sales tax came from e-commerce, and it is projected to increase to 15 percent in 2020.

The vast majority of Texas’ sales tax statute was written in the 1980s, Associate Deputy Comptroller for Tax Karey Barton said, and the current law’s definition of “place of business” is antiquated. This is part of an attempt to clarify the law due to the changing times and technology.

Hegar said that Texans normally have a say in the process when their community has an economic development initiative. In these situations, a lot of the people affected don’t have a say because they can’t vote for officials in the community that entered into the agreement. He calls it “the ultimate case of taxation without representation.”

Chairman Dustin Burrows (R-Lubbock) asked if this expanded the rulemaking authority of the comptroller’s office. Hegar pushed back on this. Another issue brought up was the loss of a million dollars of revenue for certain cities due to the rule change, creating winners and losers. Hegar said current law already creates winners and losers.

Take Round Rock for example. Dell accounts for 35 percent of the sales tax the city collects, which translates to $20 million to their general fund. Round Rock Mayor Craig Morgan told CBS Austin the city would cut major core services or have a 13 cent hike in property taxes to make up the difference should the Comptroller’s rule change go into effect.

Hegar added the comptroller’s job is to take all stakeholders’ input and figure out how to lessen the impact. As the state tax collector, Hegar wants the rule to be “fair and equitable.”

Talarico suggested that the Legislature was better suited to address this issue and promised to work on it in the next session.

One question that remains after the hearing is the impact is not entirely clear. How much do cities lose in the current arrangement or in the case if the proposed rule change goes into effect?

The comment period for stakeholders on this proposed rule has been extended to April 3.

Why Will Texas Comptroller Adopt Transparency On Chapter 313?