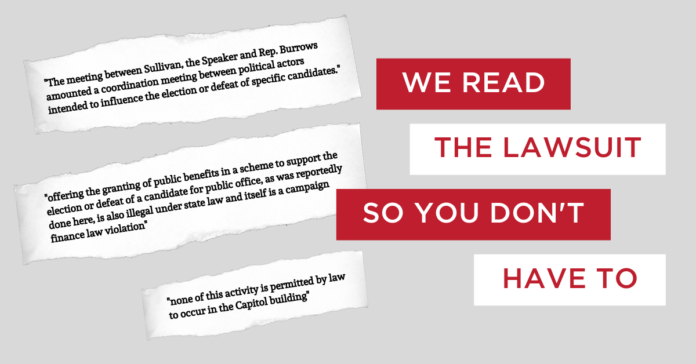 These are the highlights from the filed lawsuit:

The lawsuit, combined with the House General Investigating Committee’s investigation scheduled to begin Monday, shows that things have gone a little off course from the usual after-session slump.

According to reporter Phil Prazan, a spokesperson from the Travis County DA’s office stated that no criminal complaint has been filed, but in the event that happens, by statute the complaint will need to be filed in Brazoria County.