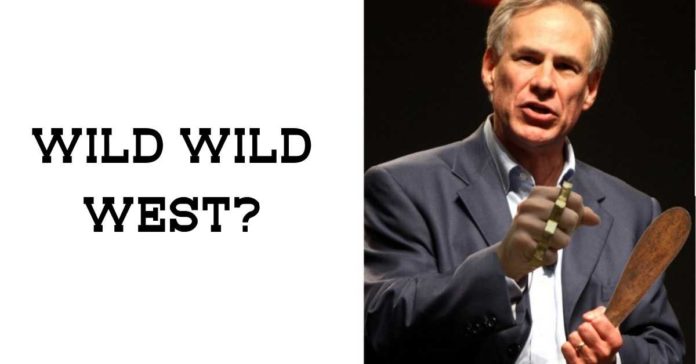 Following last session’s elimination of the “illegal knives” category, including Bowie knives and daggers, Texas once again jumps the gun on passing up smarter laws regulating guns in favor of expanding the limits of open carry for other weapons.

Beginning September 1, 2019 Texans will now be legally permitted to have brass knuckles and clubs, in addition to other self-defense keychains made with the intent to strike a person.

HB 446, signed by Gov. Greg Abbott, effectively removes brass knuckles from the prohibited weapons list set forth by the Texas Penal Code, and removes clubs from the unlawful to carry list.

The previous offenses for carrying these items were punishable as a Class A misdemeanor or third degree felony, but now Gov. Greg Abbott is giving Texans the a-okay to open carry as they please.

Following the deadly shooting at Santa Fe High School last year, 19 more children died in unconventional gun deaths in 2018, and at least 30 more were injured in Texas alone, according to the Gun Violence Archive.

Rather than attend to constituents, policymakers, and advocate groups’ call to regulate access to guns, Gov. Greg Abbott would rather place loose laws on other classes of ammunition.

Will the fight for stricter gun control finally see its day in the Texas Legislature, or is our Governor simply focused on pushing forth policies that his constituents don’t agree with?

Here’s hoping that in this day and age, Texas doesn’t return to the Wild West under Gov. Greg Abbott’s rule.