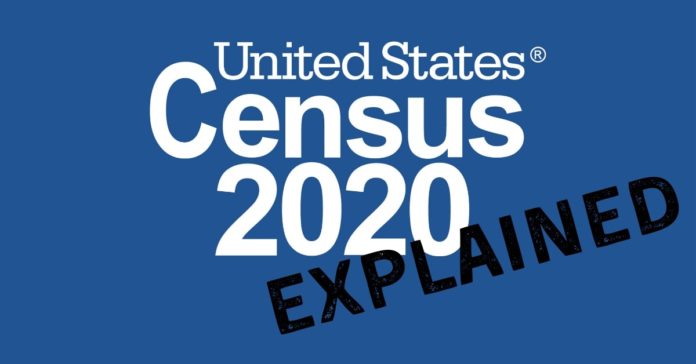 Once every 10 years, the United States conducts a national headcount of the population known as the census.

Required by law, the census is mandated by Article I, Section 2 of the U.S. Constitution. So, what is the census? Why is it important? How do the results affect you?

Here’s a guide on everything you need to know about the 2020 census:

What is the census?

Think of the census like a survey of things you know, not a test you need to study for. The census will collect information about the makeup of your household members.

Who is required to respond to the census?

Every person living in the 50 states, District of Columbia, and five U.S. territories is required to be counted in the census.

If you live in a household with multiple people, only one census form will need to be completed with a count of everyone who lives and sleeps in the home as of April 1, 2020.

Children living in your home will also need to be counted, including foster children, grandchildren, nieces and nephews, and babies born on or before April 1, 2020. Count children splitting their time between homes if they are living with you on April 1, 2020.

Non-citizens are counted in the census. The census counts every living person in the country.

Instructions for special circumstances counting, such as students, military personnel, people in health care facilities, etc. can be found here.

When do I respond to the census?

Census invitations will begin arriving in March 2020. By April 1, 2020 – Census Day – every home will have received an invitation to participate. When completing the census, your response should include everyone living in your home as of April 1, 2020.

How do I respond to the census?

You can respond to the census online, by mail, or by phone. Most households will receive an invitation encouraging them to go online to complete the census. Areas less likely to respond online will receive a paper questionnaire along with their invitation. In areas that do not receive mail, a census taker will drop off their invitation. All invitations will include information about how to complete the census online or by phone. There is even an option to respond with a mobile device.

The census will be available in 13 languages. There will be a video in American Sign Language available to guide individuals with hearing impairments through responding online. There will be braille and large print guides available online and through Census Bureau partners to assist the visually impaired.

What happens if I don’t respond to the census?

First, you will receive reminders to complete the census:

In May 2020, Census Bureau workers will begin visiting all households that did not respond.

What questions will be on the census?

The 2020 Census will ask for the following information:

A sample census questionnaire can be found here.

NOTE: There will NOT be a citizenship question on the 2020 census. The United States Supreme Court blocked the question from being added on June 27, 2019.

It is also important to note that the Census Bureau will NEVER ask for your Social Security number, bank or credit card numbers, money or donations. Additionally, the Census Bureau is nonpartisan, and they will not contact you on behalf of political parties.

Are my answers to the 2020 Census confidential?

Yes. All information you provide is kept confidential. Your responses are used to produce statistics, but you are kept anonymous. The Census Bureau will not publicly release individual responses, and your answers cannot be used against you by government agencies or courts.

Why is the census important?

The census provides a snapshot of America. Results help determine how billions of dollars are allocated to states and communities, as well as determine how many seats each state will get in Congress.

Every 10 years, U.S. congressional district lines are redrawn. The Census Bureau provides population counts to each state, revealing where populations have risen or fallen. This assists states in redrawing both federal and state electoral districts to account for population shifts.