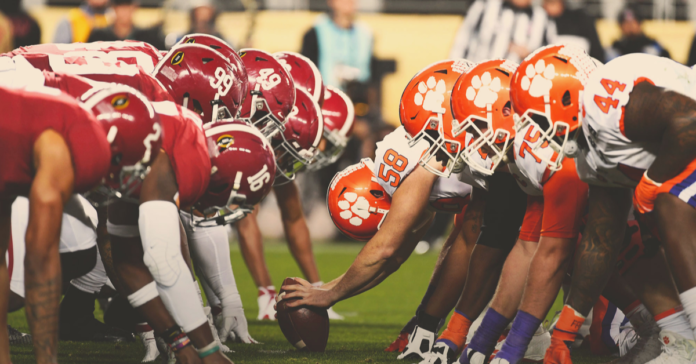 The California bill allows the state’s student-athletes to earn money from athletic endorsements and licensing deals.

“I’m not sure I’ve ever said this before – but the California Governor absolutely got this one right,” Leach wrote on Twitter. “I plan on working on similar legislation here in Texas that frees our collegiate athletes & allows them to earn money from the use of their own names, images & likenesses.”

California’s Senate Bill 206 — called the Fair Pay to Play Act — allows college student-athletes to hire agents to represent them in any deals made. Among the deals allowed are endorsement deals, autograph signings, sponsorships, and social media monetization.

Leach expects to propose a similar “Texas version” of the bill in January 2021 when lawmakers return to the Capitol for the next legislative session.

The bill has proven to be divisive, and what is surprising is that some current and former pro athletes are on opposite sides of the fence when it comes to students getting paid.

Former professional football player and current minor league left fielder Tim Tebow is one of the athletes opposed to the idea of compensating college players.

“When I was at the University of Florida, I think my jersey was one of the top-selling jerseys around the world…. I didn’t make a dollar from it, but nor did I want to. Because I knew what going to college was all about,” Tebow said.

Tebow, a University of Florida alumnus and 2007 Heisman Trophy winner, added that he believes college sports are “about your team, it’s about your university.”

“It’s about where my family wanted to go…You’re taking that away so that young kids can earn a dollar and that’s just not where I feel like college football needs to go,” he said.

Not all athletes share Tebow’s views. NBA star LeBron James is in favor of compensating student-athletes.

James, who opted to go directly to the NBA instead of attending a university, is outspoken about how California’s new law could have positively impacted families like his.

“I understand what those kids are going through. I feel for those kids,” James said. He explained that his decision to skip college was partially motivated by financial need.

“It just didn’t make sense growing up in an underprivileged household,” James said. “Me and my mom, we didn’t have anything.”

After the bill’s passage, James invited Newsom onto his HBO show “The Shop” for a signing ceremony. It remains to be seen what efforts Texas will make to compensate college athletes.