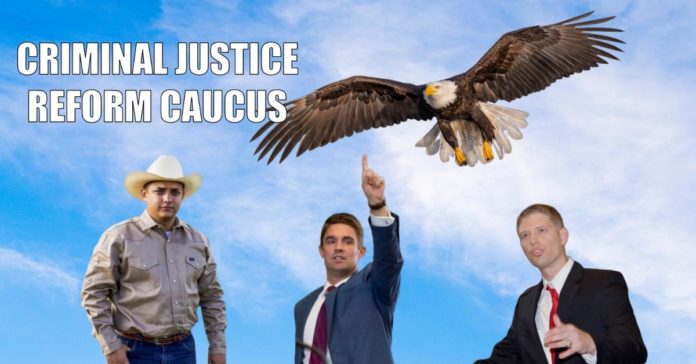 An unlikely assortment of lawmakers has joined forces to collaborate on criminal justice reform efforts in Texas.

Texas’ 86th Legislative Session began with energized talk regarding the transformation of certain aspects of the state’s criminal justice system, such as drug policies, prison conditions, and capital punishment. But ultimately, many key proposals died before making it to Governor Abbott’s desk. Now, a bipartisan group of five Democrats and five Republicans are assembling to ensure concrete results for the next session in 2021.

Membership of the caucus raises questions about what these lawmakers will accomplish.

Rep. Leach is well-acquainted with caucus membership. Leach formerly belonged to the Tea-Party aligned Texas Freedom Caucus. Notably, two other Republican members of the House Criminal Justice Reform Caucus – Briscoe Cain and Matt Krause – are current members of the Texas Freedom Caucus. The Freedom Caucus has frequently been under fire for antics such as the “Mother’s Day Massacre,” in which members killed more than 100 bills on the House floor. Leach is also notorious for changing his mind, specifically regarding matters with criminal implications.

While at face value it appears Texas Republican Representatives truly want bipartisan solutions to serious issues, the makeup of Republican representation in the House Criminal Justice Reform Caucus – and their affiliations – raises questions. All five Republican members of the caucus are white males. In a state that historically and disproportionately criminalizes people of color, the absence of their representation is unacceptable. Additionally, less than a quarter of Texas lawmakers are women.

These Republicans will likely use the House Criminal Justice Reform Caucus as a vehicle to tout their self-proclaimed “accomplishments.” Texas Republicans know that voters are tired of partisan politics. Creating this caucus with three of the most extreme members of the Texas House is evidence the Republican party is trying to reform their image.

Democrat members of the caucus also raise questions about what reforms can be accomplished. In 2019, caucus representatives across both parties voted against decriminalization and reform.

House Bill 3557, effective this September, makes it a felony punishable by up to a year in prison and $10,000 in fines to interfere with oil and gas pipelines. Despite concerns that the bill would criminalize peaceful pipeline protests, all five Republican caucus members, as well as Democratic member Garnet Coleman, voted to pass the bill and ignored efforts to soften penalties.

Federal judges have called bail practices in Texas’ two largest counties unconstitutional. On top of that, the state still has no set process to determine whether someone has an intellectual disability despite the Supreme Court ruling in 2002 that executing someone with the condition is unconstitutional.