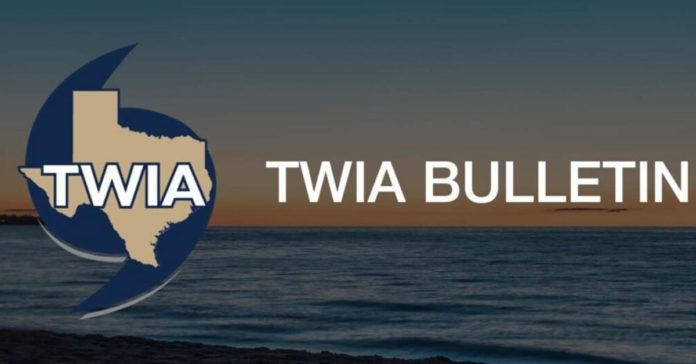 TWIA rate hike has homeowners worried. The Texas Windstorm Insurance Association (TWIA), the insurer of last resort for wind and hail in Gulf Coast counties, is set to meet at 1:30 p.m. on Tuesday, Nov. 19, to reconsider raising its rates.

Public comments about a rate hike were submitted until the deadline last Friday.

This is the third time TWIA has considered raising its rates this year.

In its August meeting, TWIA’s Board of Directors met to submit their rate recommendations to the Texas Department of Insurance (TDI) by the statutory Aug. 15 deadline.

However, after facing a barrage of opposition from residents and public officials, TWIA voted to propose a 0 percent increase, with the caveat that they can re-evaluate the proposal later in the year before they meet again on Dec. 10.

Their first re-evaluation came at an Oct. 17 meeting, where the association’s actuarial committee considered a 10 percent increase. The motion failed 4-3, in part due to the more than 400 public written comments, which overwhelmingly opposed any rate hike.

Business groups, lawmakers, including Rep. Todd Hunter (R-Corpus Christi) and Rep. Mayes Middleton (R-Wallisville), and residents packed the committee, which by itself cannot raise the rates for TWIA policyholders, only recommend to the board of directors.

Since 2011, TWIA has raised its rates by 5 percent every year except for 2017 when Hurricane Harvey made rainfall and 2019 when Gov. Abbott suspended a 10 percent hike prior to approval by TDI until after the Legislature meets.

In May of this year, TWIA’s Board withdrew its 10 percent rate filing, which would have required approval by TDI.

Members of the public can follow along the Nov. 19 TWIA committee meeting broadcast at this link. The proposed TWIA rate hike has also garnered attention from Texas homeowners on social media.