Home Weather Meteorologists Are Tracking What Could Be A Major Gulf Coast Hurricane Next...
Facebook
Twitter
Email 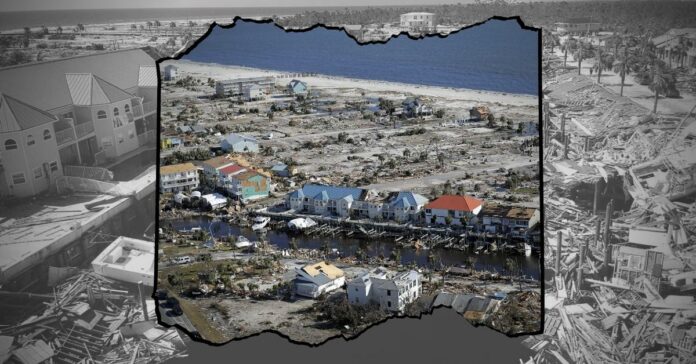 This week meteorologists turned their attention from Hurricane Fiona to a developing storm system with catastrophic potential headed into the Gulf of Mexico.

After a relatively quiet hurricane season thus far the National Weather Service (NWS) began tracking the storm activity in the southeastern Caribbean that would be named Hermine when it eventually becomes a tropical storm as early as Saturday. The NWS put the chance of becoming a tropical storm at 80% in the next 48 hours.

According to CNN, American and European forecasting models had shown the storm on track to form and eventually enter the warm waters of the Gulf headed toward the Florida Panhandle.

Wednesday, both models showed the same Gulf Coast trajectory, but storms have been known to be unpredictable, as the modeling systems don’t always agree on their path.

However, today the American models suggest that the storm should change course dramatically, taking a much more westwardly track toward the Louisiana Gulf Coast, therefore  getting much larger and possibly more dangerous. Regardless of the final path of the storm, landfall is projected for September 29th or 30th.

Anything above a Category 3 is considered a major hurricane, and both the American and European models agree Hermine will be one.

CNN meteorologist Chad Myers said that since every model shows a westward move, gulf coast states should be very concerned. Florida meteorologist Ryan Maue tweeted that “This is cause for concern from Houston to Key West,” citing the Global Forecast System.

Tropical Storm Hermine occurred in September of 2010, and was near hurricane strength as it made landfall in Mexico prior to hitting South Texas. The storm caused widespread flooding all the way through Texas and Oklahoma. Hurricane Hermine made landfall in Florida in 2016.

While Hermine will only be the eighth storm of the Atlantic region, the National Hurricane Center advises citizens to be prepared well in advance, as a hurricane watch indicates possible hurricane conditions in less than 48 hours.

The National Oceanographic and Atmospheric Administration (NOAA) states that during a hurricane “watch,” residents should prepare their dwelling and review evacuation plans. In a hurricane “warning” you should leave that area threatened immediately if directed by local officials.