Wednesday, Sept. 4, marks the filing deadline for special elections in three Texas State House districts: 28, 100 and 148. The most heavily contested race is in District 28.

Given her background, it makes sense that education is a central plank in Markowitz’s platform. She supports replacing the annual STAAR test with alternative performance measures and encourages the expansion of vocational training. Unlike Markowitz, the GOP candidates haven’t expressed any particular support for education.

Some of the Republican candidates, like Tricia Krenek, haven’t issued a full platform. Krenek is a former Fulshear City Council member. After her time on city council, Krenek was a precinct chair for the Fort Bend County Republican Party. She was also a candidate for judge of County Court at Law 3 in the 2018 election.

Although she ultimately lost the judicial race, Krenek’s announcement trumpeted the fact that she carried the vote in House District 28.

Krenek is facing off against a crowded field, including Fort Bend real estate agent Gary Gates. Gates has unsuccessfully run for office seven times before, most recently for Texas Railroad Commissioner in 2016.

Along with Gates and Krenek, Clinton Purnell has filed to run for the seat. Purnell is a global logistics and corporate trade compliance manager for a Texas engineer and design firm.

Another Republican running is Dr. Anna Allred. Allred is an anesthesiologist and business partner of Zerwas and contributed heavily to his various campaigns over the years.

A fifth Republican running is Sarah Lanningham, a saleswoman from Richmond and former candidate for House District 14 in College Station in the 2018 primary election.

Rounding out the Republican field is Gary J. Hale, the former chief of intelligence in the Houston Field Division of the Drug Enforcement Administration (DEA) and a nonresident fellow in drug policy and Mexico studies at the Baker Institute.

The plethora of candidates that have announced and filed are running to replace State Rep. John Zerwas (R-Richmond) who announced his retirement on July 30.

District 28 stretches from Katy to Rosenberg and from Simonton to Houston. Zerwas, who lives in the Greatwood community of Richmond, has represented the district since 2006.

For the past two sessions, he has served as chair of the budget-writing House Appropriations Committee. Zerwas, an anesthesiologist, announced on July 31 his intentions to leave office and accept a position with the University of Texas where he will serve as executive vice chancellor for health affairs. 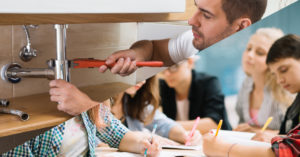 No More Schools for Plumbers?

The Texas Sunset Advisory Commission recently decided to drop the high school diploma/GED requirements for a journeyman plumber’s license.  When consumers call a plumber, typically a journeyman is the one
Read More 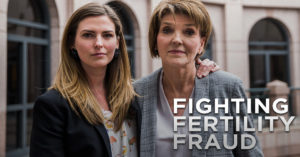 In its most recent session the Texas Legislature voted to delcare fertility fraud a form of sexual assault.  Senate Bill 1259, effective Sept. 1, will make it a felony for
Read More

For those with autism and other disabilities, new law could prevent miscommunication with police

BY KRISTEN CABRERA AND LAURA RICE, TEXAS STANDARD Getting pulled over by a police officer can be unsettling for anyone. But it can be especially stressful for someone with a
Read More