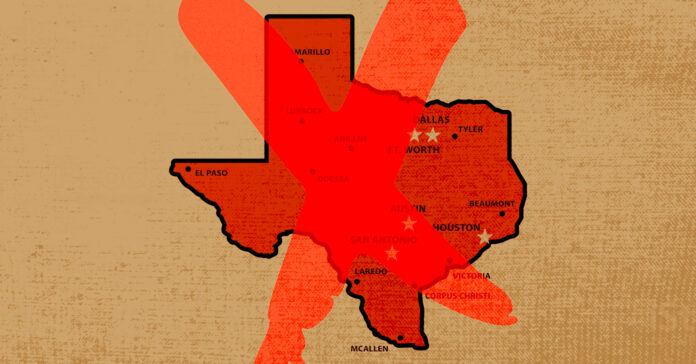 After a long week of controversies and multiple legal challenges against Texas’ new abortion ban, some cities around the United States have started to take action. In reaction to Lone Star State’s new abortion law, the city of Portland, Oregon, has stated that it will prohibit commerce and tourism to the state.

Mayor Wheeler stated on Friday that the Portland City Council will vote on an emergency resolution next Wednesday, September 8th, with the goal of prohibiting the City from procuring products and services from Texas in the future, as well as City employee business travel to Texas. They attacked the decision by the Court and the actions taken by Texas:

“Nearly 50 years ago, the Supreme Court ruled to protect safe, legal abortion. Late Wednesday night, the Supreme Court declined to block a Texas law banning abortions after only 6 weeks of pregnancy. This 5-4 decision allows Texas to outlaw an estimated 85% of all abortion procedures in the state.

We stand with Chief Justice John Roberts, Justice Elena Kagan, Justice Stephen Breyer, and Justice Sonia Sotomayor, who fought to block this attack on the reproductive rights, freedom, and autonomy of people across the country.”

During the regular session of the legislature, lawmakers lowered the threshold for legal abortions to 6 weeks, mistakenly establishing the term. According to the bill authors, an ultrasound can detect a fetal heartbeat at 6 weeks, but medical experts have already pointed out that embryos do not even have a heart at such developmental stages.

Furthermore, and perhaps most notably, the legislation permits private citizens to sue anybody who helped in terminating the pregnancy, even those who drove a lady to the abortion appointment. Citizens who win such cases might be eligible for at least $10,000 in compensation.

On Friday, President Biden called the law “almost un-American”, and promised to work with the Justice Department to fight against it.

“The most pernicious thing about the Texas law: It sort of creates a vigilante system where people get rewards … And it just seems — I know this sounds ridiculous — almost un-American, what we’re talking about.”